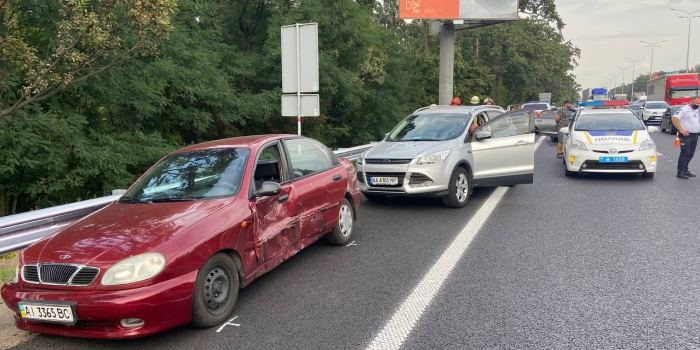 The editorial offices of the Pryamiy channel and the Glavkom online edition explained why they took down the news about the road accident involving Oleksander Trukhin, a People's Deputy from the People's Servan, as a result of which six people got injured, as Detector Media reported.

The editor-in-chief of the Pryamy Channel, Viktor Medvid, said that the news on the broadcaster's website had been deleted, since there were two news stories about the accident with Trukhin, which duplicated each other.

Earlier, the editor-in-chief of the fact-checking project "On the other side of the news" Alyona Romaniuk drew attention to disappearance of the news on Pryamy Channel website.

"The news, like dozens of other media, was taken down by Pryamy. The cache is available here https://l.facebook.com/l.php?u=https%3A%2F%2Fbit.ly%2F2WrqJwV%3Ffbclid%3DIwAR3WOYDDBMm-Plo1dilVQuA-zeXS_Obv6CfchNCY3QxbvhUnQnPaWvIW-zE&h=AT1aa0uBELPop6FhpVSSMrQHo96Sk1USAbW_srWBFntwVGAWstBHKhHnqRhhpmsGxuBKJTD6C5U9jfH0PK6N_9k1ileqRLosaujWhO7KltNpq71LM17nJ7NmMRvFrJLptRuiwghttps://bit.ly/2WrqJwV. The news was published on August 26 at 19:42. Google cached the page at 19:47 (You can see it on the link - above is the time in Greenwich Mean Time. You need to add 3 hours). The news could be found here https://l.facebook.com/l.php?u=https%3A%2F%2Fbit.ly%2F3sVfvwa%3Ffbclid%3DIwAR1Ba9228PnbUuzgmhl6AyNUgo3AYRwHfH_NJd5dVbKPE4sSwVTOHub94xk&h=AT1aa0uBELPop6FhpVSSMrQHo96Sk1USAbW_srWBFntwVGAWstBHKhHnqRhhpmsGxuBKJTD6C5U9jfH0PK6N_9k1ileqRLosaujWhO7KltNpq71LM17nJ7NmMRvFrJLptRuiwghttps://bit.ly/3sVfvwa and here https://l.facebook.com/l.php?u=https%3A%2F%2Fbit.ly%2F3kEb2dJ%3Ffbclid%3DIwAR0eWMp5mbE4J730ShuF5Hjd4D5xrOi06j5n8DvbmhatxZK8_Cp5uGRDDSc&h=AT1aa0uBELPop6FhpVSSMrQHo96Sk1USAbW_srWBFntwVGAWstBHKhHnqRhhpmsGxuBKJTD6C5U9jfH0PK6N_9k1ileqRLosaujWhO7KltNpq71LM17nJ7NmMRvFrJLptRuiwghttps://bit.ly/3kEb2dJ This news has been taken down. Journalists with Peryamy said it was due to the fact it duplicate another news item. They said Pryamy editorial board would be actively monitoring such things… And just today Pryamyi sent requests for information to the Ministry of Internal Affairs, the National Police and the press service of the "Servants of the People" after the uproar. And other media unanimously deleted the news three days ago, ” Alyona Romaniuk wrote on Facebook.

The editor-in-chief of the Glavkom, Viktor Shlinchak, said that the news was taken down due to professional reasons.

“Because the original source we referred to deleted both the news content and the video. So, the credibility for spreading the news would fall on our site. We have not sent our correspondent at the scene, so we found there was no sense to assume full responsibility for someone else's content. We have repeatedly been wrong-footed, when the publication of even official press releases of NABU or GPO has led to litigation. In this case, the news about the MP's condition was based on "yey-witness statements" and not on the basis of official information from the National Police. By the way, it is still inexisting, ”Shlinchak said.

He noted that based on this logic, the editors decided to take down that content.

“It is noticeable that a number of Ukrainian media did not take this news at all. Obviously, for the same reason, not-sufficiently of information from the comprehensive coverage of this incident, "- said Shlinchak.

We will remind, more than 30 Ukrainian media took down the news about road accident involving the MP from "Servant of the people" Oleksander Trukhin. A number of media outlets began receiving letters in the mail proposing to remove the story on the incident on a "commercial basis." Sites would be offered at least $ 200 for taking down the news about Trukhin.