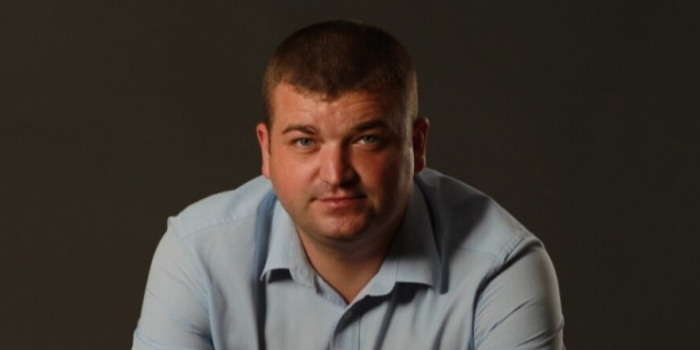 The prosecutor's office of the ARC and Sevastopol opened a criminal case against pro-Russian Crimean blogger Oleksandr Talipov for "inciting nation-based enmity and hatred" in his Telegram channel "TalipoV Online Z," reports Krym.Realii.

"In his Telegram channel called 'TalipoV Online Z,' the Crimean 'blogger' posted a video from a wedding in Bakhchysarai, where the Ukrainian song Chervona Kalyna was playing. The 'blogger' captioned the video: "They are playing the Nazi song Chervona Kalyna," "we will find everyone, we will question everyone," "start saving up for lawyers!" The post contains possible manifestations of national discrimination in the form of inciting nation-based enmity against Ukrainian citizens and hate speech. As part of the criminal proceedings, a linguistic examination will be scheduled," the Ukrainian prosecutor's office said in a statement.

The prosecutor's office of the ARC and Sevastopol noted that "since the beginning of the Crimean peninsula's occupation, Russia has been using hostlie language in the occupied Crimea's media space as a weapon against the Crimean Tatars, Muslims, and Ukrainians in general."

For his part, Talipov commented on the opening of a case against him as follows: "Well, investigators, should I wait for you in Crimea or should I come to you in a tank? Friends, the achievement is not only mine, each of you who responds, comments, shares news, takes part on the information front, which is no less important than the real one, thank you! I serve Russia!"

According to the Ukrainian center "Myrotvorets," Oleksandr Talipov was born in 1981 in Sudak. In September 1998, as a cadet of the Academy of Border Troops of Ukraine, he pledged loyalty to the Ukrainian people. In 2002, he was promoted to a lieutenant, served in Crimea, then retired to the reserve as a major.

Talipov became known in Crimea during the peninsula's occupation as a pro-Russian activist. He actively welcomed the Russian army in Crimea and supported the formation of Russian authorities there. After the annexation, Talipov often criticized the Russian authorities in Crimea for corrupt practices. In October 2021, he said he had been attacked. According to him, unknown persons doused him in green dye and tried to beat him.

After Talipov's Telegram channel and other pro-Russian channels published a video from a Crimean Tatar wedding where a Ukrainian song was being played, the Russian court in Bakhchysarai brought six organizers and participants of the celebration to administrative responsibility for playing Chervona Kalyna. The Russian court called it a "Ukrainian nationalists' battle song." The accused were punished with fines and administrative arrests.

Pro-Russian Telegram channels also posted an apology video by the restaurant owner and the DJ at the wedding. The restaurant where the celebration took place has been closed for inspection.