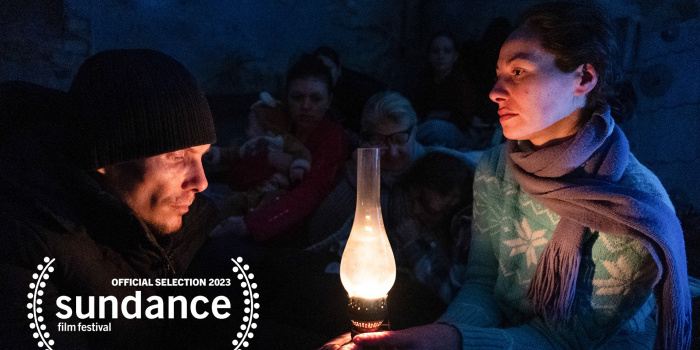 The world premiere of the movie "20 Days in Mariupol" will take place at the Sundance Film Festival next January in Park City, Utah.

This was announced by photo journalist for Associated Press, writer, director Mstyslav Chernov.

He thanked the team that worked to make this film possible.

"But most importantly, my deep gratitude goes to all the people of Mariupol who went through this hell on earth together with us. I hope this film will help the world understand and see the scale of destruction and suffering that these people experienced during the siege of our beloved city," Chernov wrote.

In an interview with IMI, Mstyslav Chernov noted that as he worked in Mariupol, the mobile connection was poor or none at all.

"I managed to send out about 30 minutes of what I filmed. And I filmed about 25 hours of video. That is, I made all that into a documentary, which will premiere next year. It is a joint project of the Associated Press and the PBS front line studio," said the director.

When asked if he had had the option of leaving for another city to work, Mstyslav Chernov said that Mariupol seemed like the most important place at that time.

"At some point, when it became clear that the Russians were advancing towards Kyiv, and that they were already close to Kyiv, most of the foreign journalists left Mariupol and went over to Kyiv. It was because to everyone it seemed that the battle for the capital would be the most important sight from the media point of view. And it was already clear that the encirclement of Mariupol was inevitable. And, I think, people didn't want to stay either. But we sat down together, considered it, weighed out the risks, made plans for evacuation and survival in case the city is surrounded, and decided to stay in Mariupol," added Mstyslav Chernov.