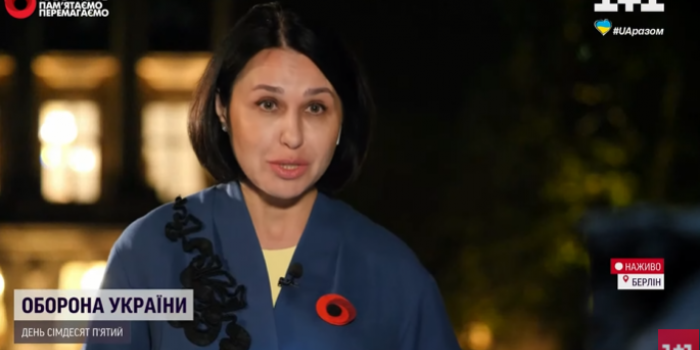 The Embassy of Ukraine in Germany calls on the police to immediately take all necessary measures to investigate the attack on the 1+1 filming crew and bring the perpetrators to justice.

This is said in the embassy's statement.

According to the embassy, ​​on May 9, a russian-speaking citizen tried to inflict bodily injuries on 1+1 correspondent Natalia Moseychuk at the Treptow Park (Berlin) memorial complex dedicated to Soviet soldiers. The filming crew had been shooting a report about this year's commemoration of the Second World War victims.

The Embassy of Ukraine in Germany is aware of this incident, and the Berlin police have been informed about the events that took place on the territory of the memorial complex.

As IMI reported, in Berlin on May 9, russians and "Victory Day" demonstration participants attacked the filming crew of TSN channel's "1+1" as they were filming a story about law violations during the commemorative events.