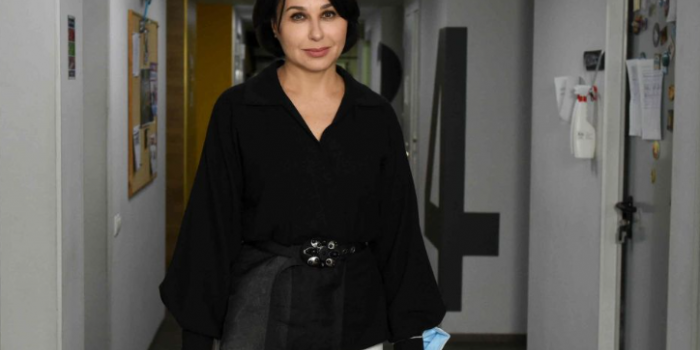 On May 9 in Berlin, russians and Victory Day demonstration participants attacked TSN 1+1 crew as they were filming a story about law violations at commemorative events.

According to ТSN, the attack was carried out by demonstrators who came to the Red Army soldiers memorial in Treptow Park, bringing with them symbols which have been banned in Germany: St. George's ribbons and red flags. At that time, the 1+1 filming crew and host Natalia Moseychuk were recording the violations on camera. The demonstrators attacked the crew, shouting calls for violence.

TSN promised to share more details about who helped protect the Ukrainian film crew and host after 21:00 on the "United News" telethon.

It will be recalled that the day before, Germany banned any actions that could be interpreted as support for the russian invasion of Ukraine, as well as the symbols of this aggression – the letters Z and V, St. George's ribbon, flags of russia, USSR, and the so-called "LPR" and "DPR." In addition, the German authorities also banned the display of the Ukrainian flag during events dedicated to the Day of Remembrance and Reconciliation. Ukrainian Ambassador to Germany Andriy Melnyk has called Berlin's decision a "huge scandal" and a "political catastrophe."

On the Day of Remembrance and Reconciliation, TSN held a teleconference between Kyiv and Berlin on 1+1.

Earlier, Berlin authorities banned the use of any Ukrainian symbols on May 8 and 9. Ukraine's ambassador to Germany called it a "slap in the face to the Ukrainian people."

Later, the symbols of Ukraine were allowed in Berlin at the events of May 8-9, but under certain conditions.