Ukraine failed to comply with ECHR decision in Gongadze case 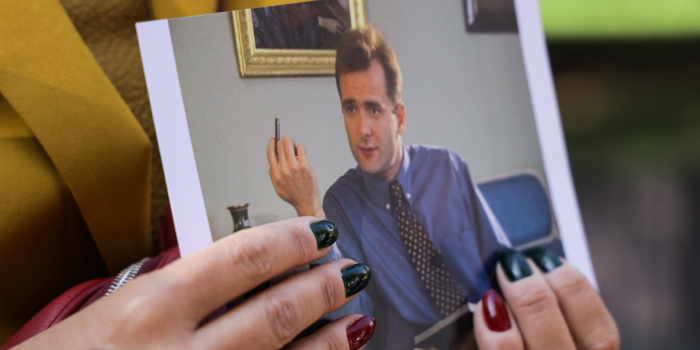 Ukraine has not yet met by all the requirements set out in the rulings of the European Court of Human Rights (ECHR) in the case of the murder of Georgy Gongadze, a journalist and founder of Ukrainian Pravda.

Valentyna Telychenko, the representative of the Gongadze family, lawyer and human rights activist said it on September 16 at a press conference "21st anniversary of the murder of Georgy Gongadze: what Ukraine has (not) done and what the international community does expect from" as ZMINA human rights center reported.

Valentyna Telychenko reminded that the decision of the European Court of Human Rights in the Gongadze case was made public in 2005, and the court avowed human rights violations under several articles and awarded appropriate compensation to the widow of the journalist Gongadze. But what is even more important, the ECHR pointed to the need for a number of systemic changes in Ukraine to make journalists’ activity safer.

According to the lawyer, first of all, this means that the state is obliged to provide an adequate protection to a journalist who became victim of a crime, and this is a quality investigation, bringing the perpetrators to justice, as the lawyer stressed.

"At various times, Ukraine has shown more or less or non-existance of progress in carrying out the systemic changes expected of it by the European Court of Human Rights and the Committee of Ministers of the Council of Europe, which monitors the implementation of the European Court's decision. To date, the decision in the Gongadze case has not been implemented andб by all objective factors, we see that the work the Ukrainian journalists do, is dangerous, the case of Pavel Sheremet is a clear evidence of this, "she said.

Among the reasons that prevent Ukraine from complying with the relevant decisions of the European Court of Human Rights, Telychenko named, in particular, the manipulation of the law enforcement system by the authorities, as well as the imperfect judicial system that needs cleansing and independence.

According to the human rights activist, there are no preconditions for the Committee of Ministers of the Council of Europe to consider the decision in the Gongadze case implemented in the near future.

"Much remains to be done to change the situation. There are some steps that Ukraine could take quite quickly, and there are some systemic changes that take time, ”Telychenko stressed.

The widow of the journalist, editor-in-chief of the Ukrainian service of the Voice of America Myroslava Gongadze took part in the press conference online. She said there had been no information about the progress into the investigation into her husband's murder for the past two years.

"It is very important to me that we have finally completed at least one stage, the first stage of investigating and punishing criminals. We have a partial justice, and the last decision regarding General Pukach was a rubicon for me in the investigation of this case. But this is definitely not the end… For the last two years, we have had almost no information about the investigation process, ”she said, emphasizing that they go on to kill journalists and human rights activists in Ukraine.

As IMI reported, on September 16, a memorial event for Georgy Gongadze was held in Kyiv's Illinsky Square , dedicated to the 21st anniversary of the journalist's murder.

On September 16, 2021, human rights and media NGOs appealed to the Ukrainian authorities to ensure a transparent investigation into the murders of journalists, to identify and name the instigators.