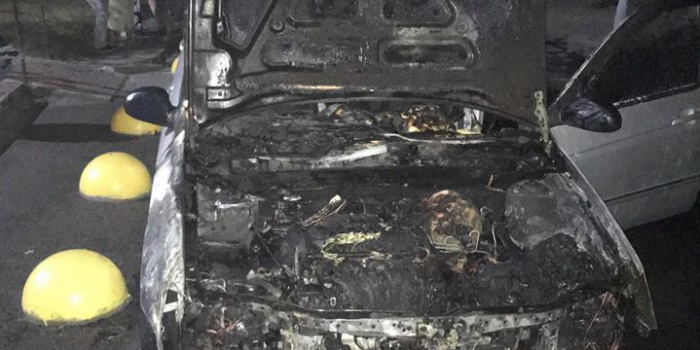 Two of the four suspects of the arson of the car belonging to Skhemy ("Schemes: Corruption in Details") program have been put on wanted list. The Minister of Internal Affairs Arsen Avakov told it at a press conference on August 26 at the National Bank in Kyiv, as Interfax-Ukraine reported.

"This morning, the National Police officers detained people who set fire to the car of Skhemy program of Radio Svoboda. During the search, they found relevant irrefutable evidence. One of them is a resident of Luhansk, his accomplice is a Kyiv, two more persons have been identified and put on the wanted list. The investigation will continue and we will report. We consider the attack on journalists a special type of crime, which the government should treat with a especial care,”Avakov said.

IMI reported, on August 26, police detained a suspect of arson of the car belonging to Skhemy (“Schemes:corruption in details program) journalists, as the Interior Minister Arsen Avakov said, according to the official website of the Ministry of Internal Affairs of Ukraine.

On August 17, in Brovary (Kyiv region) unknown people set fire to the car of the journalistic investigation program Skhemy, which belongs to the driver of the program - a member of the film crew Borys Mazur.

on August 8, Mykhaylo Tkach, journalist with “Skhemy” (“Schemes: Corruption in Details”) program, said he noticed some signs indicating that a bug device has been installed inside his home.