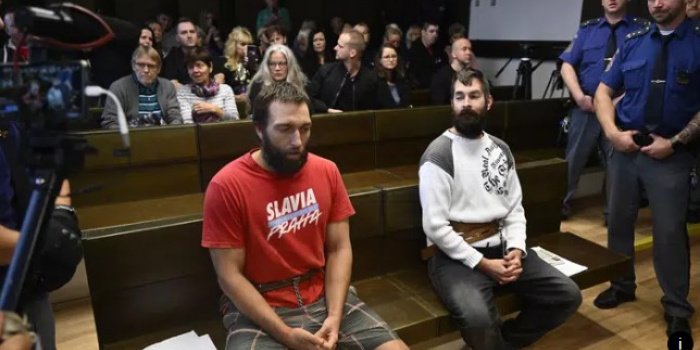 The court of Kladno, Czech Republic, sentenced two bloggers to six and ten months in prison for posting hate speech against Ukrainians on social media.

In the videos posted on social media, the men made a number of disparaging and vulgar statements about Ukrainians. In particular, the following statements: "Let them go back to Kyiv," "After all, this is full-blown occupation, what they are doing here."

According to the verdict, Tomas Cermak was sentenced to six months in prison, and Patrik Tusl to 10 months.

The judge said that the defendants committed acts aimed at inciting hatred and slandering a nation. Prosecutor Ondej Hula stated that he considers the defendants' actions to be extremely socially dangerous.

At the court, Tusl, who has previously been convicted twice for theft and threats, said that he does not feel guilty, "has nothing against Ukrainians in general, but was only condemning the actions of some Ukrainian nationalists." Cermak said that he made a mistake and also admitted the inappropriateness of his statement.

The court's decision has not yet entered into force.

As reported by IMI, a court in Germany fined a 62-year-old driver EUR 4,000 for having the Z symbol on the rear window of his car. The representative of the court noted that the letter Z is a symbol of Russia's war and stands for the slogan "For Victory" (Za Pobedu). This has been widely known to the public since the start of Russia's full-scale invasion of Ukraine due to the extensive media coverage.