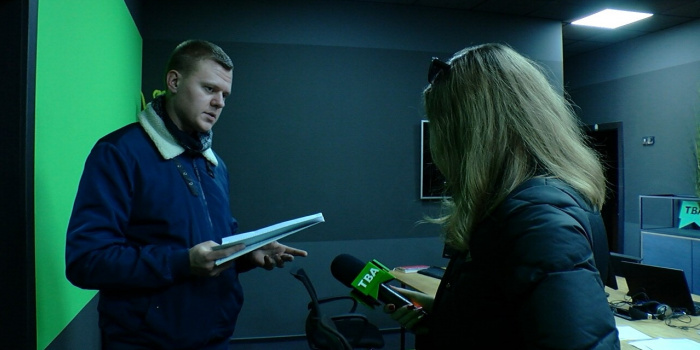 On January 11, in Chernivsti law enforcers searched the premises of a business center hosting a TV channel and tried to seize the servers of the TV channe, as TVA reported.

As the TVA director Vadym Pelekh, the investigators presented a search warrant for a firm that was in no way related to TVA, but at the same time they tried to seize the TV channel's servers.

“We have a shared server room with other tenants. If investigators unplugged the office center equipment, the TVA signal would disappear from the air, ” Pelech said.

As he told, aiming to prevent it, he gave access to the servers. However, investigators tried to seize the equipment.

"I guess, if we had not started the live broadcast of the happening and had not made it public, the law enforcers would switch off the server," the TVA manager said. - I said it on live broadcast that I was willing to give the law enforcement officers access to TVA equipment. Although I got the impression that they were looking for any reasons to interfere with our TV broadcaster. And considering that the searches of TV channels have recently taken place in Kyiv and Odessa, it is unlikely that such attention of the security forces to the media is accidental. "

As the journalists with TVA told, investigative actions were carried out by Kyiv division of the State Fiscal Service.

As IMI reported, on December 20, 2019 in Odessa, the National anti-corruption bureau (NACB) staff conducted search in the premises of Dumskaya TV on Kanatna Street in Odessa. The management of the channel considers the searches as politically motivated and qualified it as crackdown on freedom of speech.

On December 20, 2019, the National Anti-Corruption Bureau said that the searches at Dumska TV Channel were not related to the activities of the mass media. Investigative actions are being conducted within the framework of the investigation of possible abuses of Odessa Regional Council officials during the sale of non-residential premises in September 2018.

On December 20, 2019, Dumskaya claimed that NACB staff had not seized any documents during the search, but seized records from CCTV cameras and a memory card of a cameraman who recorded their activities.