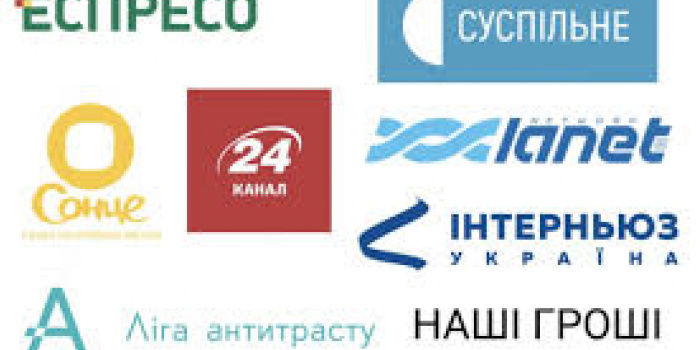 The letter was signed by TV channels "Espresso", "Sontse", the 24th Channel and Public broadcaster Suspilne as well as the provider "Lanet Network" and public organizations "Internews-Ukraine", "Nashi Hroshi" and "Liga Antitrust".

"The issue of fair, open competition of any market has always been and remains a priority for any civilized economy. In a modern society, the competition is crucial element, and that is why the state's obligation to protect it is defined in the Constitution of Ukraine, numerous international treaties and laws of Ukraine. The competition at the television market is highly important, as the mass media influence many social processes in the country.

That’s why, we were appalled with the message of the provider "Lanet" that the media group 1 + 1 demanded to switch off several Ukrainian entertainment TV channels, the signal of which is available on the satellite in unencrypted form from the entertainment packages of the network "Lanet". Among such TV channels: "Sontse", "Trophey", "Nauka", "Fauna", "Terra", XSport, "Eco TV", "Malyatko", Niki Kids, Niki Junior, EU Music, 4ever Music and others. Otherwise, TV group 1 + 1 threatened to deprive Lanet of the right to broadcast TV channels of group 1 + 1 to network subscribers. In order to speed up the decision-making process, a letter was sent to the Lanet Network on the termination of cooperation from August 1, 2020, ” the letter read.