Turchynov lost case to Bihus.info on his involvement in currency exchange offices 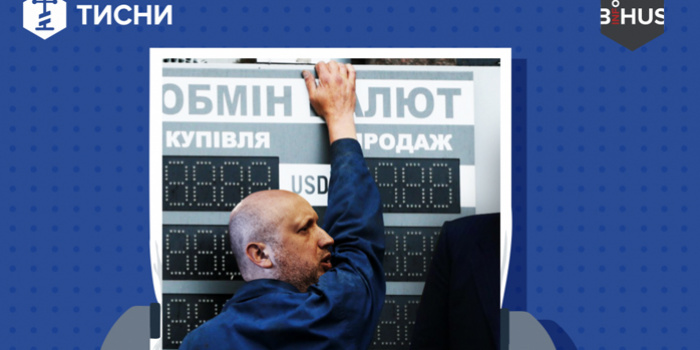 On September 11, the Supreme Court of Ukraine dismissed the lawsuit filed by former National Security and Defense Council (NSDC) Secretary Oleksandr Turchynov against Bihus.Info over his involvement into currency exchange offices, as Bihus.Info reported citing the court ruling.

“The decision of the Pechersk District Court of Kyiv of May 17, 2018 and the decision of the Kyiv Court of Appeal of April 4, 2019, are set aside. The lawsuit filed by O.V. Turchinov against the private joint-stock company “Television and Radio Company Lux”, Bihus D.S., Burdey N.V., private company “Ukrayinska Pravda” on protection of honor, dignity, business reputation and refutation of widespread untruthful information,  to be rejected,” - the resolution of the Supreme Court reads.

The ruling of the court of cassation shall enter into force upon its adoption, is final and is not subject to appeal.

As reported by IMI, in September 2017, the Secretary of the National Security and Defense Council of Ukraine Oleksandr Turchynov sued the media holdings of TRK Lux, investigative journalists Denis Bigus and Nadiya Burdy, as well as the online newspaper Ukrainska Pravda, demanding to refute, in. his opinion, some untruthful information stated in the journalistic investigation of the program "Our Money with Denis Bigus" . The relevant proceedings were opened on 4 September 2017 by the Pechersk District Court of Kyiv.

Turchinov contested reports on his implication in the activities of some financial companies of Absolute Finance LLC, Magnate LLC, Octave Finance LLC and their owners, as well as his influence on tax authorities in order to evade taxes by the above mentioned companies.

A journalistic inquiry into “Our Money with Denis Bihus” program, titled “Turchynov-Lukyanchuk Exchangers, avoid taxes”, aired on May 24, 2017. It was also published in “ Ukraynska Pravda”.

On May 17, 2018, the Pechersk District Court of Kiev ordered the media holding of Lux, the investigative journalists Denis Bigus and Nadiya Burdy, as well as the Ukraynska Pravda online newspaper, to refute information about the Secretary of the National Security and Defense Council of Ukraine Oleksandr Turchynov. On April 4, 2019, the Kiev Court of Appeal upheld the trial court's decision.