TSN journalist in Kharkiv fled the shelling while livestreaming (video) 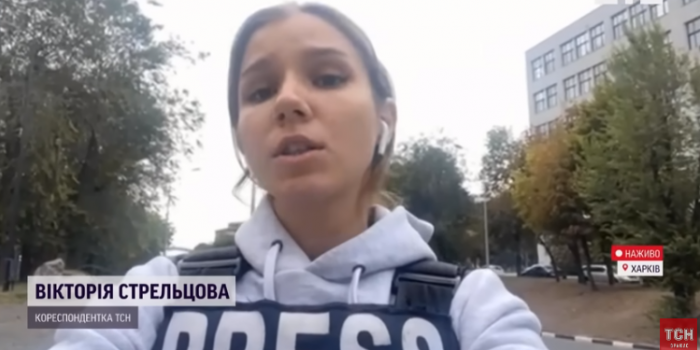 Victoria was talking about the restoration of power supply in the city after the September 11 attacks when suddenly there was a powerful explosion.

She had to run for cover while livestreaming. When she got to the bomb shelter, she said that several explosions were heard in the city center. She could feel the shock wave herself.

As IMI reported, in early May, TSN crew (Oleksandr Zahorodny, Ivan Holovach, Vitaliy Ovsyannikov) of the 1+1 TV channel came under cluster bombing in Maryinka, Donetsk oblast, during the filming.

In late May, TSN filming crew came under Russian missile fire near Bakhmut in Donetsk oblast. This happened during a live report by journalist Oleksandr Zahorodny and cameraman Ivan Holovach.