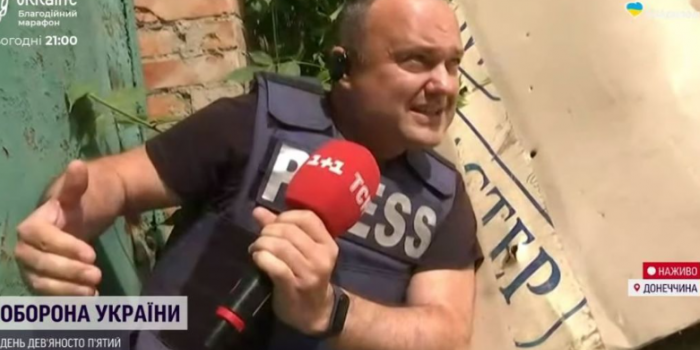 This happened on May 29 during a live report performed by journalist Oleksandr Zahorodniy and cameraman Ivan Holovach.

The journalist was speaking on air about the shelling of the Bakhmut–Lysychansk highway, by which the locals are trying to escape the fire, but fall into traps. About the difficult conditions in which they manage to break through.

At this time, enemy missiles began to hit the place where the filming crew was. The filming crew began to take cover in a shelter. While lying down already, the journalist had to finish the broadcast.

Oleksandr Zahorodniy and Ivan Holovach were not injured during the shelling.