Trial in the Sheremet case suspended due to war, all the accused are free 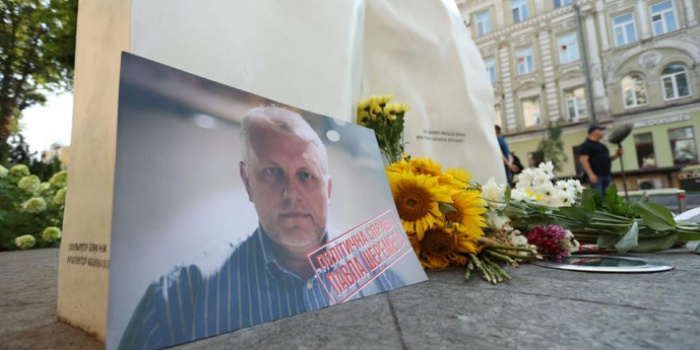 The court has not held a hearing in the case of the murder of "Ukrainska Pravda" journalist Pavlo Sheremet since February 21. This is stated in the Prosecutor General's Office's response to Ukrainska Pravda's request.

"After January 21, 2022, court hearings... were not held, one of the reasons being the request of the accused themselves to postpone the trial. For this time, no preventive measures have been applied to defendants Antonenko, Kuzmenko, and Duhar," the response reads.

Also, the Prosecutor General's Office reported that the accused did not appeal to them with a request to lift sanctions off them to participate in the war.

Earlier, President Volodymyr Zelensky had stated that some of the arrested would be released if they agreed to go to the front line to fight.

The publication also asked whether any materials in the case of Sheremet's murder have been destroyed, since during martial law, officials can destroy confidential documents. The Prosecutor's Office replied that it did not take such actions.

As IMI reported, Pavlo Sheremet died in a car explosion in Kyiv on July 20, 2016. On December 12, 2019, the Minister of Internal Affairs Arsen Avakov announced that the National Police had detained and reasonably notified of suspicion those involved in the murder of Pavlo Sheremet. Currently, among the suspects are Sergeant of the Special Operations Forces Andriy Antonenko (Riffmaster), military medic Yana Duhar, and volunteer Yuliya Kuzmenko. In January 2022, the court left Antonenko and Kuzmenko under night house arrest, and Duhar was released on bail of UAH 168,160. They claim no involvement in the murder and consider the prosecution to be politically motivated.