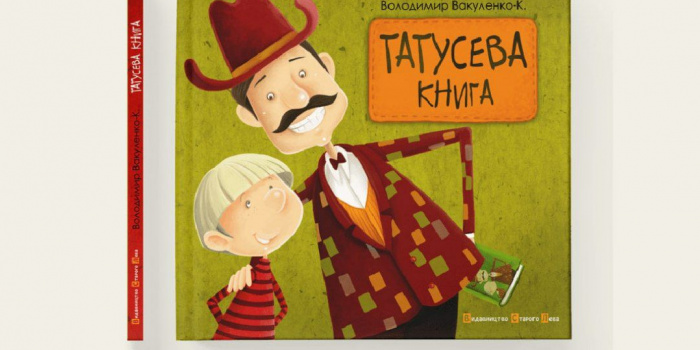 The Old Lion Publishing House will re-issue "Daddy's Book" – a collection of children's poems by Kharkiv author Volodymyr Vakulenko, who was killed by the Russians.

The publishers stress that it is important that Volodymyr's creative legacy lives on. "Daddy's Book" was first published in 2014.

All revenue from the upcoming edition will go to Volodymyr Vakulenko's family – his parents and his son Vitalik.

"I held onto a thread of hope that Volodya was alive until the very last moment. We wanted to re-issue his 'Daddy's Book' for a long time now, but we hoped that Volodya would be alive and sign the deal for the second edition himself. Today I spoke with his mother, Olena Hryhorivna, on the phone, and we agreed that the book would go to print as soon as possible. In this way we want to support the Vakulenko family and, above all, Vitalik – he was left without his father who loved him above all else, but his father's poems dedicated to him will carry on," noted author and the publishing house's editor-in-chief Maryana Savka.

According to the police, the Russians killed Vakulenko with a Makarov pistol.