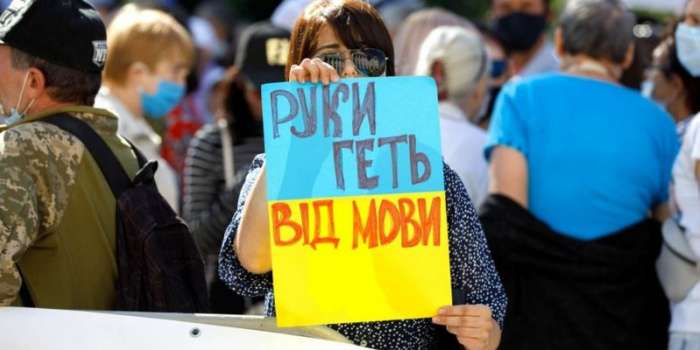 State Language Protection Commissioner Taras Kremin said that the collected facts of language crimes committed by the russian occupiers will be included in Ukraine's case against Russia at the European Court of Human Rights.

He said this on September 9 during a meeting with the Extraordinary and Plenipotentiary Ambassador of the Republic of Moldova to Ukraine Valeriu Chiveri, according to the State Language Protection Commissioner's website.

During the meeting, the parties exchanged their views on current language policy issues in the two countries, as well as opportunities for sharing experience in the field of language legislation implementation.

Taras Kremin especially focused on his institution's research into the issue of linguicide in the occupied territories.

The commissioner also thanked Chiveri for the Moldovan government's efforts to meet the educational and language needs of Ukrainians, especially in the context of the large-scale wave of almost half a million Ukrainians who had to relocate after the start of russia's full-scale aggression against Ukraine.

As IMI reported, on June 28, Taras Kremin stated that since the beginning of the full-scale invasion, russians have been pursuing a linguicide policy in the parts of Ukraine that are temporarily controlled by the enemy, aimed at dismantling Ukrainian statehood. In particular, facts of linguicide have been recorded primarily in such areas as education, culture, media, document management, and outdoor advertising, as well as the restriction or ousting of the Ukrainian language.