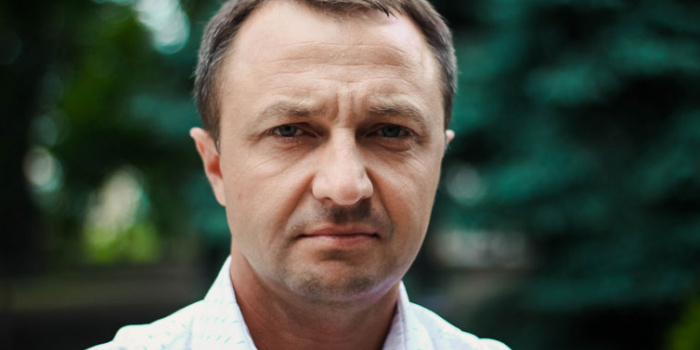 Since the beginning of the full-scale invasion, russians have been pursuing a linguicide policy in the parts of Ukraine that are temporarily controlled by the enemy, aimed at dismantling Ukrainian statehood.

Such results of the investigation into facts of linguicide were presented on June 28 by the State Language Protection Commissioner Taras Kremin, Ukrinform reports.

The study he presented referred to the territories of Ukraine that had been occupied by russian troops since February 24, as well as those that had been liberated.

In particular, facts of linguicide have been recorded primarily in such areas as education, culture, media, document management, and outdoor advertising, as well as the restriction or ousting of the Ukrainian language by occupation regimes in the temporarily occupied territories of Ukraine.

Among the manifestations of discrimination or linguicide in the occupied territories' media, Kremin mentioned the shutdown of TV towers, the shutdown or seizure of Ukrainian TV channels and radio stations, the abduction or murder of Ukrainian journalists, and the launching of russian propaganda television. According to the study, such cases have been recorded in Melitopol, Nova Kakhovka, Kakhovka, Tavriysk, Berdyansk, Energodar, Kherson. In total, the number of recorded cases of linguicide in the media sphere is 12.

For example, in Energodar, a "Radio rossiya" station has been created, on whose waves the occupiers are spreading false and distorted information and hostile propaganda. In Melitopol, on the 24 TVK frequency, owned by the MTV Plus channel, the rossiya-24 TV channel is being rebroadcast.

"There is a list of the russian TV channels that are broadcast in the occupied territories, so among our recommendations to the central executive bodies is to do everything possible to stop such broadcasting and punish the perpetrators," Kremin said.

Since February 24, 33 facts that contain signs of linguocide have been recorded in the mass information and advertising – in Mariupol, Kherson, Melitopol, Nikolske, Mykhailivka, Vasylivka, Berdyansk, Dniprorudne, Vovchansk. Those are the removal of Ukrainian banners, the replacement of entrance signs in the occupied cities, the advertising of banned symbols, the dismantling of memorial plaques dedicated to fallen Ukrainian soldiers, and the replacement of signs on government buildings. One of the most famous examples is the replacement of the Mariupol entrance sign with the Ukrainian name of the city on it with a russian one.

"It is fundamentally important for us that this is also an example of linguicide, because it violates the rights of Ukrainian citizens to receive information, as well as the legislation on outdoor advertising," Kremin said.

In the education field, according to the study, 22 cases of linguicide have been recorded: changing the language of instruction in schools to russian, introducing the russian curriculum, dismissing school principals for refusing to collaborate with invaders, replacing history textbooks.

"We record cases of expulsion of school subjects such as 'Ukrainian language and literature,' 'defense of Ukraine,' 'history of Ukraine', etc. from the curriculum and replacing them with subjects and educational programs that follow the russian law. At the same time, we know about the abduction of teachers and school principals, as well as the creation of so-called language camps for the so-called retraining of teachers before the beginning of the new school year," Kremin said.

According to him, the invaders are creating propaganda school groups such as Yunarmiya, in schools as well as vocational and higher education institutions. Numerous cases of abduction of heads of educational institutions have been recorded. This qualifies as discrimination, genocide and, accordingly, linguicide, as one of the signs of persecution of people in the temporarily occupied territories of Ukraine.

In the culture sphere, 13 cases of linguicide have been recorded in the temporarily occupied territories. In particular, in Katyuzhanka, Donske, Melitopol, Volnovakha, Mariupol, Henichesk, Kakhovka, Berdyansk, Skadovsk. According to Kremin, these are the destruction of libraries, holding cultural events in russian, removing Ukrainian and Ukrainian-language books from libraries, including books on Ukrainian history, books that deal with the real Ukrainian history in the 20th century, opening so-called museums of military glory by the occupiers, distributing russian newspapers.

The document circulation sphere is also subject to linguicide, and the renaming of streets, ceremonies (namely weddings) organization in russian, holding of "immortal regiment" actions, are also manifestations of it.

"The most shameful thing about this is that the children and the elderly are involved, if we talk about public events, about people who are forcibly taken (to rallies – Ed.) and required to parrot certain pro-russian narratives on camera," stressed Kremin.

The State Language Protection Commissioner noted that these cases are now being reported not only to public authorities, public and human rights organizations, but also to international institutions.

“At the level of the Ministry of Foreign Affairs, with the involvement of the Ministry of Internal Affairs, the Prosecutor General's Office, on June 9, I had the opportunity to meet with a special commission set up by the UN to study the facts of genocide against the Ukrainian people. I expect that this information will be included in the materials that will be made public and for which the enemy – both putin and all those who are enforcing the occupation regime – will be punished," Kremin said.