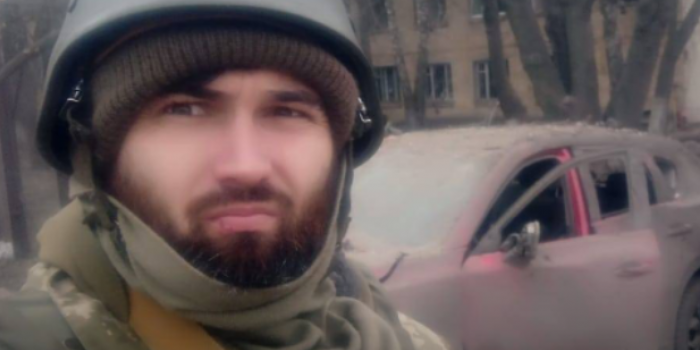 Ternopil journalist and serviceman of the Armed Forces of Ukraine Vitaliy Derekh was killed in action on May 28.

According to Plast, Vitaliy Derekh died during a battle in the Bakhmut district.

"We have another painful loss in our ranks. Yesterday, during a battle in the Bakhmut district, Vitaliy Myroslavovych Derekh, Ternopil Plast platoon member, knight of the Order of the Iron Spur, junior sergeant, has died," Plast said.

According to Nazariy Zelinka, 34-year-old Vitaliy Derekh died near Popasna.

“… He did not betray the oaths he had taken… Rest peacefully and without worry, Salo, my friend. Derekh is a legend of Plast, a journalist, a fearless traveler and a philosopher. He has been actively involved in Plast – Ukrainian scouting organization – since the age of six and until his death. A model Plast member. Co-founder and scoutmaster at the Ivan Havdida Unit 77. Knight of the Order of the Iron Spur. He had survived the Maidan, he had been pulling the wounded away from Institutska Street, and since 2014, he had been fighting in the Donbas for several years as a member of Aidar, defending Ukraine. On February 24, he went to defend Ukraine again. He has burned down multiple russian tanks and a bunch of their other vehicles. He was a commander of an anti-tank division. Yesterday, in the heart of this war's hell, he died... We will remember! Eternal memory to you, friend!" wrote Nazariy Zelinka.

Vitaliy Derekh was a journalist for the "20 Khvylyn" newspaper, had been on an editorial expedition to South Africa in 2013, among other things.

In 2013-2014, he participated in the Revolution of Dignity as part of the 15th Maidan Self-Defense Unit. He was rescuing people on Institutska Street on February 20.

In the spring of 2014, he volunteered for the Aidar Battalion, where he fought until July 2015. He was awarded the Order of Courage of the Third Degree, the Plast's Bronze Cross for heroic deeds (Vitaly saved his comrade's life).

At the end of February 2022, he went to defend Ukraine again – in March, he took an active part in the battles near Kyiv, and then in Luhansk region.

He was curating the calibration of anti-tank weapons, with which he has eliminated multiple units of enemy equipment and personnel, Ternopil Plast reports.

We remind that as of May 24, 29 journalists have died (with seven of them being killed while carrying out their journalistic duties).