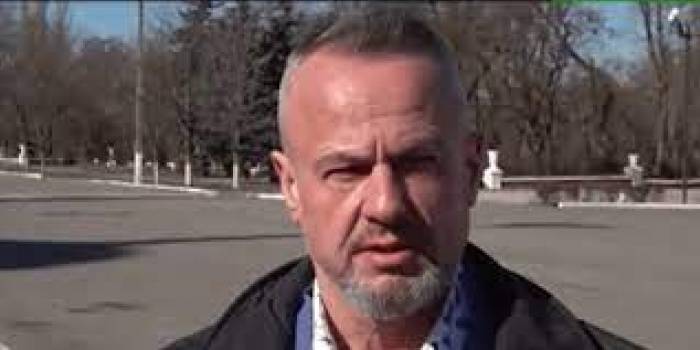 This is stated in the text of the suspicion notice, posted on the website of the Prosecutor General's Office.

Leontiev is suspected of brutal treatment of the civilian population in the occupied territory, as well as other violations of the laws and customs of war stipulated by international treaties (Part 2 of Article 28, Part 1 of Article 438 of the Criminal Code of Ukraine).

According to the investigation, Volodymyr Leontiev and Valentyn Motuzenko, who has been notified of suspicion earlier, instructed russian military servicemen and other persons whom the pre-trial investigation has not identified to kidnap Oleh Baturin, a journalist of the Kherson regional newspaper "Novy Den" for his pro-Ukrainian stance.

On March 12, the russian military abducted the journalist using physical force, including handcuffs.

"After that, Baturin was taken to the city of Nova Kakhovka, where the perpetrators searched him in the building of the previously seized Kakhovka district police department while threatening to kill the journalist; Baturin was hit numerous times on the legs and sides with the butt of a weapon. Later, in one of the cold rooms of the Kakhovsky district police department building, Baturin was handcuffed to a central heating pipe and held in conditions exhausting for the human body until March 20, which forced the latter to act against his will, with the aim of obstructing his legitimate professional activity as a journalist," the document states.

During Barutin's illegal detention, the russians and local collaborators who have not yet been identified inflicted physical injuries on him, such as blunt trauma to the chest with fractures of four ribs.

The investigation believes that to be torture.

In April 2022, Volodymyr Leontiev, a russian federation native, has already been notified of suspicion for collaborationist activities.