Sushchenko: Russian special services preparing my detention for at least one year 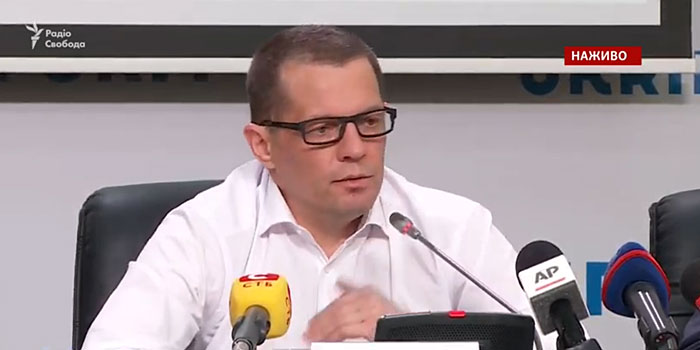 Roman Sushchenko believes that the reason for his detention in Moscow could be his anti-Russian publications. "This is official line of the investigation. As the evidence, they even, used some of Ukrinform’s reports about France which are available on our website. These are official statements François Hollande, Foreign Ministry of France, French experts, etc. made ”, - Sushchenko said interviewed by Ukrinform news agency.

Russian special services had been preparing operation to detain Ukrinform journalist, in his opinion, for at least a year.

“It was clear that this operation had been prepared and implemented within the period of at least one year or even more. Regarding whether one could go or not (to Moscow. - Ed. )… It was a wrong, light-minded decision, ” Sushchenko said.

According to the journalist, it is possible that his reason for detention were his anti-Russian publications, which, according to the investigation, were evidence of gathering information about the Armed Forces of the Russian Federation.

He also said that he had been acquainted with the person in presence of whom he had been detained for a long time.

"In general, this story brought to mind another one, about biblical betrayal, about Cain and Abel. But I suspected nothing. In fact, as it turned out, it was a subtle, mean and cold-blooded provocation led by the Russian special services. During the meeting, he slipped me a disk under the guise of family photos, which in the course of the investigation "turned" into some top-secret information about the training of the internal troops and the armed forces of the Russian Federation, "the journalist said.

IMI informed, on September 7, 2019 Ukraine exchanged prisoners with Russia in the format "35 for 35". Twenty-four POWs and political prisoners have came back to Ukraine , including director Oleg Sentsov and journalist Roman Sushchenko.

Roman Sushchenko, special correspondent for Ukrinform in France was detained on September 30, 2016 in Moscow, where he arrived on a private trip. On October 7, 2016, he was charged with espionage. The FSB of Russia stated that Sushchenko is an employee of the Defense Intelligence of Ukraine. The defense intelligence and the Ministry of Defense denied it.

Psychological pressure had been exerted on Sushchenko  to make him plead guilty. However, he did not give up.

On November 7, 2018, the Federal Security Service of Russia informed the Embassy of Ukraine in Moscow that Sushchenko had been transferred to the colony No. 11 in the Kirov region (Kirov-Chepetsk city, the village of Utrobino).