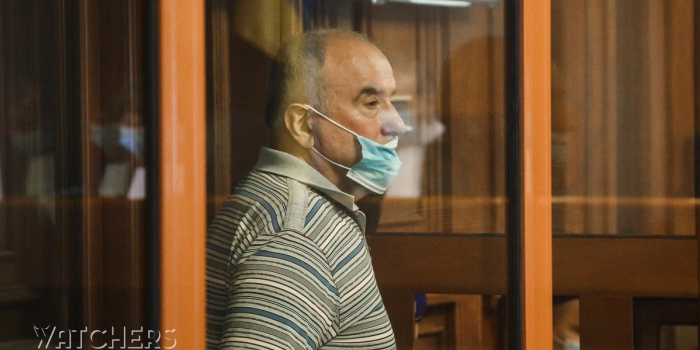 The Supreme Court has upheld the sentence of former police lieutenant general Oleksiy Pukach, who was sentenced to life in prison for the murder of journalist Georgy Gongadze. The lawyer of the Gongadze family Valentina Telychenko said it to " Ukrayinska Pravda".

Pukach himself, as well as representatives of the second victim, journalist and activist Oleksiy Podolsky, filed complaints against the verdict.

The ex-policeman asked to mitigate the punishment, and Podolsky's representatives asked to send the case for a new trial.

The court dismissed their claims.

Pukach headed the Department of External Surveillance of the Ministry of Internal Affairs. In 2000, he led a group of police officers who abducted and killed Gongadze . Pukach personally strangled the journalist.

In 2013, the former lieutenant general was sentenced to life imprisonment.

“Ukrainian Pravda” founder Heorhiy Gongadze went missing in Kyiv on September 16, 2000. In November of the same year, a decapitated body was found in the forest of Kyiv region, which, according to experts, could have belonged to a journalist. In 2009, the remains of Gongadze's skull were found in the Kyiv region. Gongadze was buried on March 22, 2016 in Kyiv.

The publication of Melnychenko's tapes in the fall of 2000 led to a "cassette scandal." Records from President Kuchma's office evidenced the involvement of the head of state and other high-ranking officials and politicians in the assassination of journalist Georgy Gongadze.

On March 15, 2008, the Kyiv Court of Appeals found Gongadze guilty of killing three officers of the Department of External Surveillance of the Ministry of Internal Affairs of Ukraine : Valery Kostenko, Mykola Protasov, and Oleksandr Popovych. The court sentenced them to 12 to 13 years in prison.

In 2011, the prosecutor's office opened a case against Kuchma, but the same year the court closed it.

On January 29, 2013, the Pechersk District Court of Kyiv sentenced Pukach to life imprisonment, finding him guilty of the murder of Georgy Gongadze.

The instigators of the murder have not yet been punished.