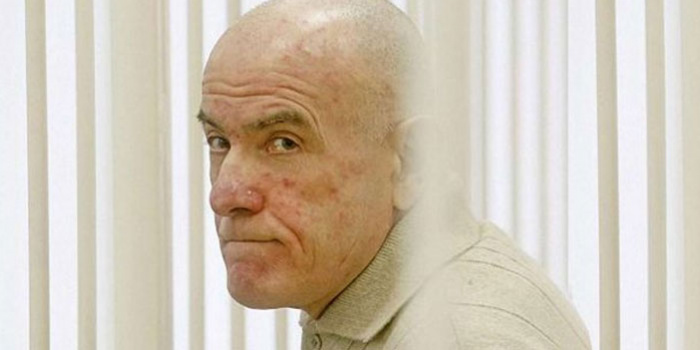 The Supreme Court postponed the cassation hearing to the sentence of Oleksiy Pukach, former head of the surveillance department at the Ministry of Interior, condemned to life imprisonment for murder of the journalist Georgy Gongdaze. Next hearing is to be held on March 19, as Interfax-Ukraine reported.

"Pukach's lawyer, Volodymyr Nesterak, appealed to the Pechersk District Court of Kyiv, requesting to extend term for cassation appeal against judicial decisions in Pukach case. And the hearing, which was scheduled for November 26, 2019, was postponed to March 19, 2020," they said in Supreme Court.

As IMI reported, on November 7, 2019, the Cassation Criminal Court postponed to December 5 the hearing to reverse the sentence of Oleksiy Pukach, convicted for the murder of journalist Georgy Gongadze.

On October 9, the Supreme Court postponed the cassation hearing in the case of Oleksiy Pukach for November 7.

In January 2018, it became known that the court had reclassified Oleksiy Pukach's sentence under "Savchenko's law," counting six and a half years in prison as 13 years of primary punishment.

The lawyer Valentyna Telychenko found that the court's term of imprisonment for Oleksiy Pukach was legitime, but Pukach should serve life imprisonment.

Georgy Gongadze went missing on September 16, 2000, and later his decapitated corpse was found in the woods near Kyiv.

On January 6, 2016, the Court of Appeal of Kyiv upheld the life sentence for Oleksiy Pukach.

On February 6, 2016, Oleksiy Pukach 's defense appealed against his sentence to life imprisonment for the murder of journalist Georgy Gongadze in the High Specialized Court for Civil and Criminal Cases.

On June 16, 2016, Oleksiy Pukach was sent to serve his sentence in the Chortkiv penal colony in Ternopil region # 26, where he is being held in the maximum security sector for persons convicted to life sentences.