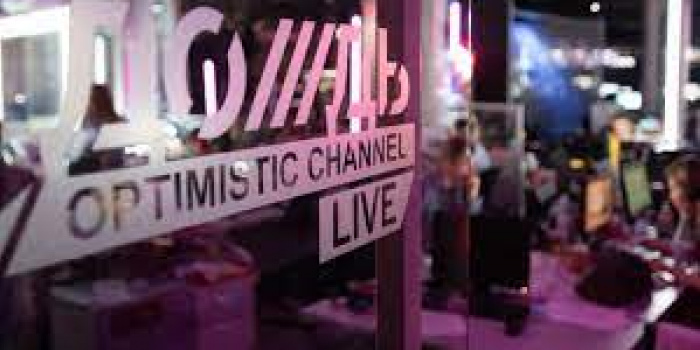 Ukrainian Media Movement published a statement in support of the decision by the National Electronic Media Council of Latvia to revoke the license of Russian TV channel "Dozhd".

We, the Media Movement members, Ukrainian journalists, and non-governmental media organizations, support the decision by the National Electronic Media Council of Latvia (Nacionālā elektronisko makādījas padome) to revoke the license of the TV channel "Dozhd". We consider this decision justified, and the regulator's reasoning regarding this media outlet posing a threat to the national security of Latvia to be well-founded.

The position of certain international, Latvian, and Russian organizations and persons who are calling for this decision to be canceled is, in our opinion, either due to lack of information, insufficient understanding of the context and the essence of the matter, or politically motivated.

Defending the TV channel which demonstratively ignores the laws of the European state that gave it shelter, these people and organizations unwittingly facilitate the achievenemt of the goals of Russian aggression. And let us remind you that Russia's aggressive intentions are not limited to the borders of Ukraine, but are a threat to Europe as a whole.

In our opinion, the National Council's decision has legitimate legislative, security-related, and political grounds, and is also dictated by Latvia's international obligations as a member of the European Union. This decision is not an attack on freedom of speech, because it follows the procedures established by Latvian legislation and the generally accepted traditions of cooperation.

The violations committed by the TV channel were obvious and are not happening for the first time. We remind you that in 2017, the Ukrainian regulator – the National Council for Television and Radio Broadcasting – removed "Dozhd" from the list of foreign channels allowed to be rebroadcast in Ukraine due to the channel displaying the Crimean peninsula as part of Russia. "Dozhd" did the same in Latvia.

Depicting Crimea as a part of Russia, adding a disclaimer that "the following message was created by a foreign agent" to all their reports, as well as "Dozhd" journalists illegally entering the occupied Crimea from the territory of Russia, indicate that it is the Russian law that the TV channel consistently follows. At the same time, "Dozhd" editors consistently ignore the laws of the countries where the channel works and is being rebroadcast. This is evidenced by the channel's refusal to add subtitles in the national language of the country where it operates.

We consider the so-called "slips of the tongue" on the air (the phrase "our army" in relation to the Russian army and host Alexei Korostelyov's words about "helping the Russian conscripts with equipment and living conditions") to be evidence that "Dozhd's" position in the war where Russia is the aggressor and Ukraine is defending its sovereignty, is, in fact, pro-Russian. The claims about the channel's "anti-war" stance contradict its actions, namely when it comes to consistent coverage of the supply issues faced by the Russian army, solving which would help Russia wage this war of aggression. And since the Sejm of Latvia has declared Russia a state sponsor of terrorism and proclaimed its actions in Ukraine a "purposeful genocide against the Ukrainian people," the Latvian regulator's response to such a position on the part of "Dozhd" is reasonable and fair.

Since the start of Russia's full-scale invasion of Ukraine, Latvia has issued work permits to about 250 Russian journalists. The National Council's decision can be a signal to them that the laws of the country where they live and work must be respected and obeyed. If this decision is canceled under the pressure of, in our opinion, unfounded criticism, unchecked Russian media presence in Latvia may become a serious threat to national and European security.

This is also evidenced by Ukraine's experience in countering Russian and pro-Russian media, which had been working to undermine the Ukrainian statehood, spreading disinformation, fakes, and propaganda narratives by the Kremlin. The Russian media presence in Ukraine was only neutralized by decisive action, which was also criticized as an "attack on freedom of speech." In reality, those actions was adequate to the scale of threat that Ukraine faced due to Russia's hybrid informational influence. The actions of the National Council of Latvia are also appropriate.

Each state has the right to protect its national sovereignty and security in the media space in the way it deems necessary.

The address is open for signing. Send your signatures (Name and Media/Organization you represent) to [email protected]

Mykola Chernotytsky, Board Chairman of the Public Broadcasting Company of Ukraine

Dmytro Horkin, board member of the Public Broadcasting Company of Ukraine, general producer of Ukrainske Radio

Alyona Romaniuk, "On the Other Side of Putin's Lies" project

As IMI reported, on December 6, the National Electronic Media Council of Latvia (NEPLP) decided to revoke the broadcasting license of the Russian TV channel "Dozhd" due to the channel posing a threat to national security and public order.

The representative of "Dozhd" insisted on making his speech in Russian at the Latvian regulator's meeting where the case of an administrative violation was being discussed.

"Dozhd" editor-in-chief Tikhon Dzyadko said the Latvian authorities calling the channel a threat to Latvia's national security was a "farce".

On December 1, host of the "Here and Now" program (TV channel "Dozhd"), Alexei Korostelyov, invited the viewers to inform them about the problems Russian soldiers are facing on the front line and expressed hope that the channel had been able to help a lot of soldiers with equipment.

After the excerpt went viral online, the TV channel's editor-in-chief Tikhon Dziadko said that it had been removed from the broadcast, and stated that "'Dozhd' did not, does not, and will not engage in aiding the Russian army with equipment, on the front line or elsewhere."

The National Electronic Media Council of Latvia fined the Russian TV channel "Dozhd" 10,000 euros for displaying a map showing the occupied Crimea as part of Russia and referring to the Russian army as "our army".

On December 2, the State Security Service of Latvia (VDD) started an investigation into statements made by Alexei Korostelyov regarding the channel providing assistance to soldiers of the Russian occupation forces.

On December 6, the Lithuanian Commission for Radio and Television announced that "Dozhd", whose broadcasting license had been revoked by Latvia, would not be available in Lithuania either.

Over 60 Russian media spoke out in support of "Dozhd".