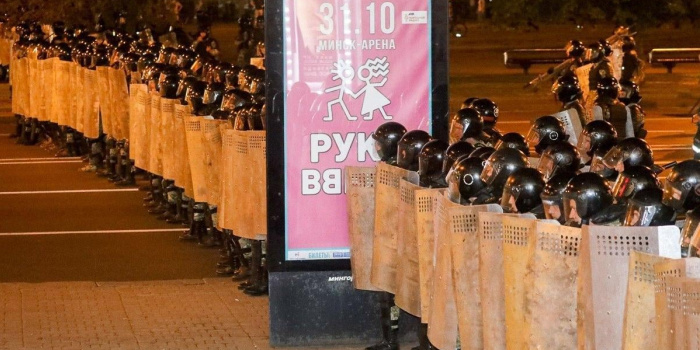 No information is available as to the reasons for the detention, as well as which law enforcement agencies are involved, as TUT.by mentioned.

The presenters were dismissed aftger they slammed the security officers acting as they detained protesters on June 23 near the “Symbal.by” store.

Dmytro Kokhno was the presenter of the program "Luck in addition" on ONT TV channel. He was banned from the airtime after his emotional post on social networks about the detentions near the Symbal.by store. He later wrote an open letter to his colleagues who still worked for Belarusian state television. For those who "can't sleep well at night," the showman called for "taking a step without scandals and loud statements," that is, to quit the job.

Denys Dudynskyi was suspended from hosting the Slavianski Bazaar festival with his wife, Kateryna Rajetska following his post on the incidents during detentions by Symbal.by store. He was later fired from Belarusian television.

On September 1, Alexander Lukashenko commented on the dismissal of journalists from the state media. He said that they "hyped up" the situation. According to him, the journalists decided to leave their job on TV channels in advance and just waited for the right moment.

On September 2, journalists detained on September 1 covering a student protest were to stand trial in Minsk, Belarus . They will be tried for participating in an unauthorized action.

On September 2, in Minsk, six journalists detained on September 1 in protest were sent to the Okrestina detention center.