"So that there's no memory left:" people in the liberated parts of Kharkiv oblast are getting rid of Russian symbols 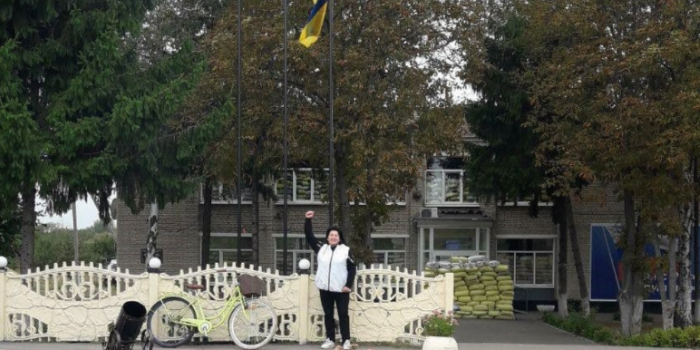 In the de-occupied territories of Kharkiv oblast, local residents are settling in and restoring their daily life. They start by getting rid of the Russian occupiers' symbols.

This is reported by Hromadske Radio with reference to correspondent Anna Chernenko.

"From what I see and know, they are actively removing the tricolors, repainting the walls that the enemy had painted on, so that there's no memory of the Russian occupiers left. Perhaps someone would say that this is not the most important thing, but still, all that should not be there. Yes, the stores are open. From what I know, the price tags are still in rubles in some places, they did not have time to take them down yet. And the prices are terrible, very high. As for the banking system, the post office and so on, it will, of course, start working a little later, and it will take time. Because, fortunately, the de-occupied territory is large and the amount of work and support it needs is just as large," the journalist said.

We would like to remind you that the Ukrainian Armed Forces are currently carrying out a counteroffensive in Kharkiv, Kherson, and Donetsk oblasts. According to Deputy Minister of Defense of Ukraine Hanna Malyar, as of the evening of September 12, Ukrainian defenders have liberated 6,000 square kilometers of the territory previously occupied by the Russians.