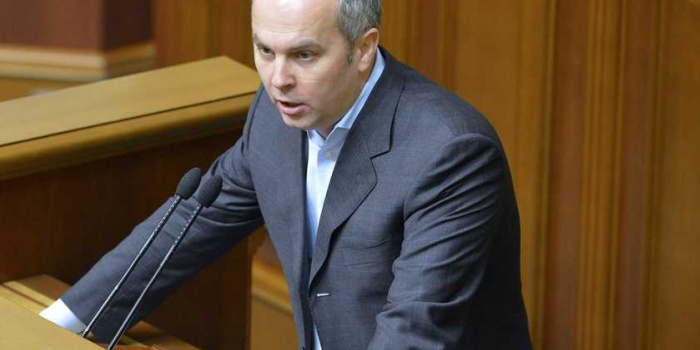 Chairman of the Verkhovna Rada Committee on Freedom of Speech, People's Deputy Nestor Shufrych said that he was not going to voluntarily resign as head of the committee. He said so in his interview with "Detector Media".

Previously, Shufrych voluntarily left the National Olympic Committee of Ukraine, but he is not going to resign from chairing the parliamentary committee.

"No, I haven't thought about it (voluntarily resigning. – Ed.). Withdrawing from NOCU was not a political matter. We made this decision just to stabilize the situation within the NOC and to prevent this process from being politicized. I want the Olympic Committee, to which I devoted 20 years of my work, to keep working normally. No crown's going to fall from my head; I left in order not to trigger any actions that would complicate the NOCU's work. As for the Verkhovna Rada, it is an exclusively inter-party and political body. Here, it is politics all the way through. So it is simply pointless to try and avoid politicization of any processes in the parliament," said Shufrych.

According to Shufrych, since the start of Russia's full-scale invasion, the Committee has made several statements regarding the journalists' working opportunities during the war, expressed their condolences to the relatives of every deceased representative of the Ukrainian and foreign media. "If I'm not mistaken, 43 people have died as of today. The Committee has filed appeals to the National Security Council, the Ministry of Foreign Affairs, the Ministry of Internal Affairs, and the Ombudsman regarding the missing journalists. In total, we held 33 meetings this year," Shufrych said.

"By the way, the most important issue – the decision to protect the journalists working on the front line and financial compensation in case of injury or death – was my initiative. We initiated this draft bill, but our proposals were later taken into account in the draft registered by the Social Policy Committee. There was a great controversy during the discussion. Because my proposals were not only about insurance, but also about the state providing immediate compensation in case of injury or death. But in the end, they came to a compromise: the bill has already been adopted," Shufrych said.

As IMI reported, on November 14, multiple human rights organizations and media demanded the dismissal of People's Deputy Nestor Shufrych from the position of the Chairman of the Verkhovna Rada Committee for Freedom of Speech; they also demanded that a unified policy regarding deputies of pro-Russian parties be developed.