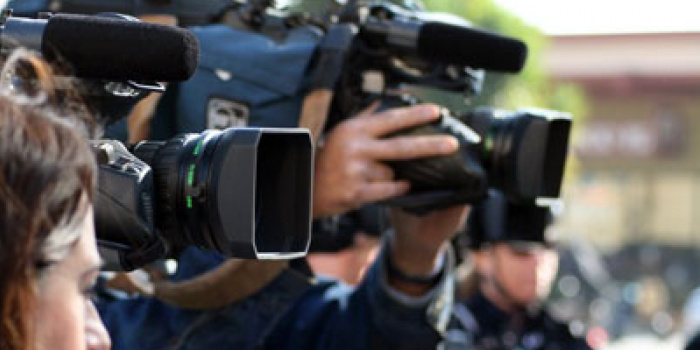 The chairman of the Kakhovsky district council (Kherson region) Tetyana Tertychna denied access to Serhiy Makogon, a journalist with Kakhovska Zorya weekly newspaper, to the session. Serhiy Makohon reported it to the IMI representative in Kherson region.

"At 8 a.m. I came to a sitting of deputies' commissions at the Frunze RBC building. I came in almost without problems. At first, I was asked, who I was and why I came, but they immediately let me in. After the sitting of commission, at 8:40, I went out , I spoke by phone, Tetyana Tertychna was standing at the entry. As I tried to get back to the building, she did not let me in, "- he told.

According to the journalist, the chairman of the district council "referred to some decision of the emergency commission".

"She also told me that the session was held closed-doors and they admit persons in according to the list. She also added that all this was agreed with the police and the prosecutor's office," – Serhiy said.

Earlier in Facebook, Kakhovsky journalist Oleg Baturin reported that he had also not been admitted to the session, citing the decision of the same commission, but later he was allowed to attend the sitting.

"I suggested they to call the police to get me out of the room, or I could call 102 myself so that I was not prevented from performing my direct professional duties. This was in the presence of the chief of the Kakhovka Police Department. Deputy of the district council Valery Saltykov suggested the third option - to let me pass to the balcony. That's what they made, " the journalist wrote.

The IMI lawyer Ali Safarov noted that during quarantine, local authorities might hold some closed door sittings, but the respective decision should be issued by the council, not by the commission. And such secrecy should not  be applied to the press.

"The quarantine regime, including any restrictions of rights and freedoms of citizens, which are aiming to stop spreading of infection, are to be defined by law. In particular, such restrictions may be imposed by local self-governments, by means of its decisions made within its mandate under Article 39 of the Law of Ukraine" On protection of the population against infectious diseases ". However, such decisions should be made by local self-government bodies, not by their subdivisions or working groups, temporary or permanent commissions, etc. Decisions of working groups, commissions, etc. - is only a recommendation for a local government and does not grant rights and responsibilities for third parties, in particular for journalists, "the lawyer said.

In addition, he advised to have in mind that, in accordance with Article 25 of the Law of Ukraine "On Information", the journalists are entitled, among other, to be present in the emergency zone after producing one’s press card. "Any attempt to restrict free speech under the pretext of quarantine are unlawful and may entail legal liability," Ali Safarov added.