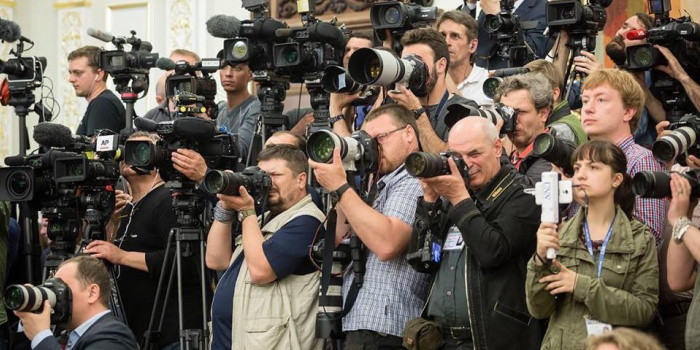 Today, September 8th, marks the International Day of Solidarity Journalists, as to the Ukrainian Wikipedia.

First time, this day was celebrated in 1958 in Bucharest by the decision of the IV Congress of the International Organization of Journalists (ILO) whih is the oldest and largest international journalistic association in the world.

This date was chosen because it was on this day that the Czechoslovak journalist, literary and theater critic, antifascist Julius Fučik, arrested by the Nazis, was executed in Berlin.

While in prison, he wrote the book "Notes from the Gallows", for which he was awarded the International Peace Prize (posthumously).

Traditionally, on the Day of Solidarity of Journalists the journalists are gathering to discuss all sorts of professional issues at meetings and conferences around the world. Thus, the Pulitzer Prize, which is one of the most prestigious US awards in the field of literature, journalism, music and theater, is almost always awarded on September 8, the International Day of Solidarity of Journalists.

As IMI reported, since the beginning of the year, IMI has recorded a total of 126 cases of violations of freedom of speech, 65 cases of obstruction, 17 beatings, 12 threats and 11 restrictions on access to information.

Over six months, the IMI experts have recorded 97 cases of violations of freedom of speech in Ukraine. Of these, 76 concerned physical aggression against journalists The key trends of the first half of the year in the field of freedom of speech are physical aggression against journalists and secrecy of local and judicial authorities.