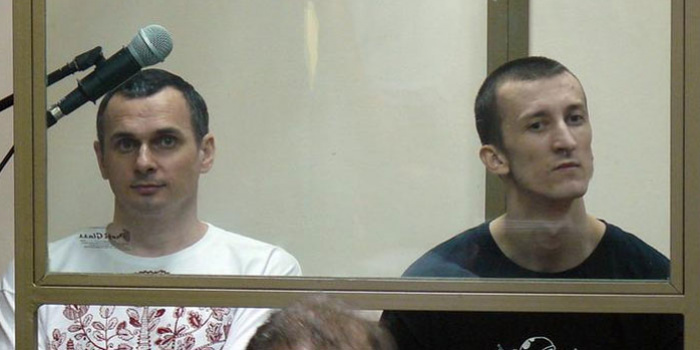 The journalists need to fill the accreditation form.

The organizers will inform of the venue to the journalists by e-mail they had indicated in the accreditation form.

IMI reported that Oleg Sentsov was detained in Simferopol in May 2014. On August 25, 2015, the North Caucasus district military courtsentenced Oleg Sentsov to 20 years on charges of terrorism.

Oleg Sentsov served his sentence in the penal colony # 8 “White Bear” at the city of Labitnangi of the Yamalo-Nenets autonomous district of the Russian Federation.

In May 2018, Sentsov went on hunger strike demanding all Kremlin political prisoners to be set free. He refused to eat for 145 days and declared that he would stop hunger striking on October 6, 2018 because of the threat of forced feeding.