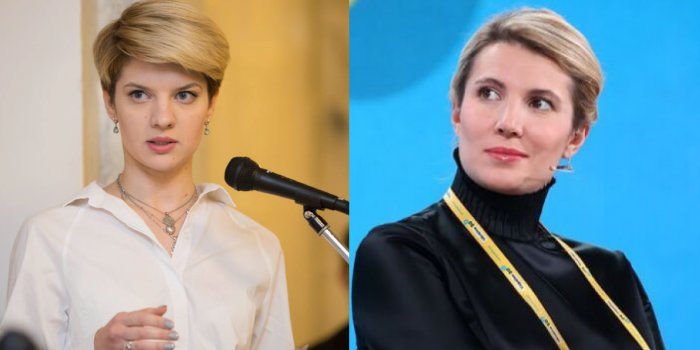 The only employee of the Center for Countering Disinformation at the National Security and Defense Council is its director Polina Lysenko, she has not been paid her salary for several months.

According to her calculations, the approximate budget for the work of half of the staff, ie 26 people, is 11-12 million hryvnias (about $406 -442 thousand) by the end of 2021. It is about 60 thousand hryvnias (about $2 thousand) per month for a specialist. Most of the staff shall be the analysts. According to the director of the center, this is the Ministry of Finance that is to find funds for financing.

Lysenko's office currently consists of a tiny office on the ground floor of the National Security and Defense Council building and an occasional room in the President's Office, where the center is to move later.

The budget of another center, affiliated with the Ministry of Culture, was supposed to be about 10 million (about $368 thousand) a year, but the Ministry of Finance has not yet paid.

Four more people work together with the head Lyubov Tsibulska in the center at the Ministry of Culture. Meetings are held at the ministry.

"We can already say that we are working, but as for now there is no state funding and opportunities to recruit staff, I would not say that the center is finally established," - says Tsibulska.

It will be recalled that in March 2021, two special bodies were set up in Ukraine to counter Russian disinformation and propaganda. The International Center for Countering Disinformation was established on the basis of the National Security and Defense Council. On April 2, the president Volodymyr Zelensky signed a decree appointing Polina Lysenko director of the International Center for Countering Disinformation.

The Center for Strategic Communications and Information Security was established within the Ministry of Culture. The center was headed by Lyubov Tsybulska, who was the head of the hybrid threat analysis group at the Ukrainian Crisis Media Center.