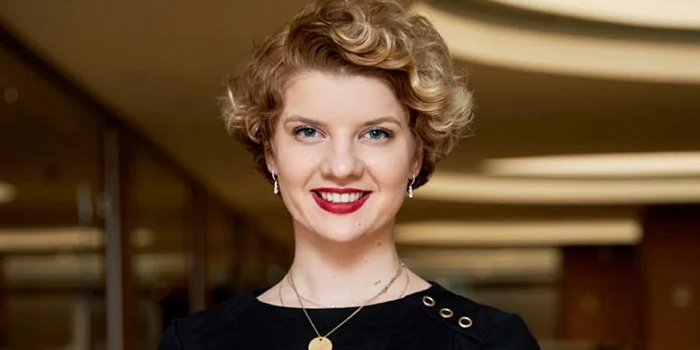 The president Volodymyr Zelensky has appointed Polina Lysenko head of the Center for Countering Disinformation. The relevant decree № 137/2021 of April 2 was made public on the website of the head of state, as Ukrinform reported.

"Polina Lysenko to be appointed as the head of the Center for Countering Disinformation," the document reads.

The Office of the President also informed that on Tuesday, April 6, the Center for Counteracting Disinformation will be presented for public. It is expected that the head of the OP Andriy Yermak will present the work of the center to representatives of diplomatic missions in Ukraine, as well as to the experts and public figures in the field of media.

Polina Lysenko stressed that this body was established to counter threats to national security and national interests of Ukraine in the information sphere, to combat propaganda, destructive disinformation and campaigns, to prevent manipulation of public opinion.

"The center should become a reliable shield for citizens and the state from information threats that arise both from outside and inside the country and are aimed at shaking state institutions and manipulating public opinion," she said.

According to the Office of the Head of State, Polina Lysenko graduated from the Taras Shevchenko National University of Kyiv in 2015 (Master of Laws), and until 2019 she studied at this university in graduate school. Candidate of juridical sciences. In 2013-2015 she worked as a junior lawyer in a private law firm. From April 2015 to September 2019, she was the Assistant First Deputy Director of the National Anti-Corruption Bureau of Ukraine. Until March 2020, she held the position of Head of the Department of International Legal Cooperation and Return of Assets of the Office of the Prosecutor General. She also worked as a project manager for the development of the judiciary and international cooperation of the Office of Simple Decisions and Results. He got a honorary mentionfrom the Director of the US Federal Bureau of Investigation for a joint successful operation by the Office of the Attorney General and the FBI.From September 2020 - Director of the Department of Information Policy and Public Relations of JSC "Ukrzaliznytsia".

As it was reported, the Center for Countering Disinformation will start operating in Ukraine in March, according to Minister of Culture and Information Policy Oleksandr Tkachenko. “Our first initiative concerns the creation of a center for counteracting disinformation, which will primarily, in cooperation with other Ukrainian organizations, oppose Russian propaganda. Now the selection of the team is underway and the concept is being approved. We hope that this center will start working in March,” Tkachenko said at the opening of the international online seminar "Responding to Disinformation: European Practices and Standards", an Ukrinform correspondent reports.