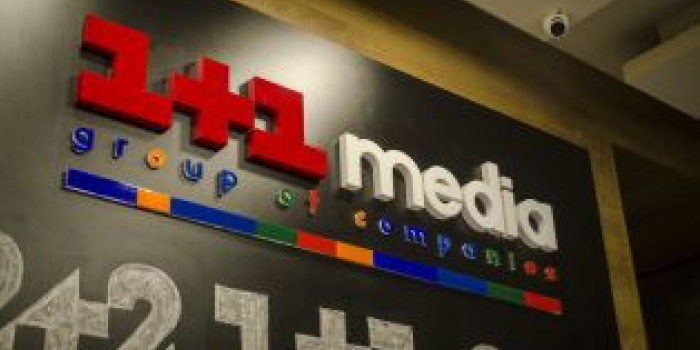 The "1 + 1 Media" group confirmed that the SBU's office is searching the editorial office of the "Hroshi" (Money) program, as TSN reported.

"We are unaware of the reasons of the search. It is noteworthy that ever since independence of Ukraine, this is the first search conducted in "1 + 1 Media. "We can only suppose that it is related to the program's revealing activities. Usually, the program “Hroshi” is source of major information. We are outraged and concerned that the most often there is no response to the violations that the editorial board has exposed, but instead the journalists themselves have been held hostage of their revealing activities.

In order not to allow political forces to use their resource to crack down on mass media freedom, we appeal to the journalistic community not to leave this fact beyond attention and to expose it at maximum extend, to prevent encroachment on free speech in Ukraine, which is directly related to the national security. Such "visits" to the editorial office of “Hroshi” program are a complete violation of journalistic immmunity and pressure on independent media, "the media group statement said on Wednesday evening.

"1 + 1 Media" appealed to SBU head Ivan Bakanov to comment on the developments, whether he was aware of the reasons for investigative measures in the premises of "Hroshi".

According to the edition, earlier, the MP from the faction "Servant of the People" Oleksander Dubinsky, who headed the program "Hroshi", commented on the situation.

"The masked show is organized by the Security Service of Ukraine. I propose the journalists amd MPs to join me. Even Poroshenko was ashamed to search mass media. But Lieutenant Bakanov, apparently, is absolutely id_ot", - he wrote on Facebook.

Later, he said on a YouTube that the search was being carried out at the “Sekretni Materiali” program.

According to him, the SBU officers are looking for a recording device, which the journalist Yevgeny Kukin would have used to record the PM Oleksiy Honcharuk at the meeting about the economic situation in Ukraine.