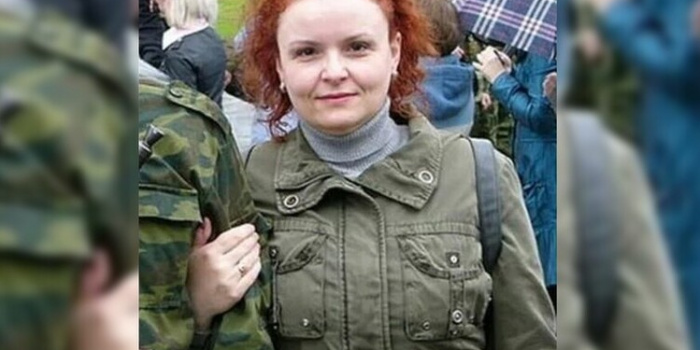 It was only in April that journalist and blogger Oksana Haidar (pseudonym Ruda Pani), who died along with her mother Lydia Haidar on March 15, 2022, in Shevchenkove village, Kyiv oblast, could be buried. Her son Andriy Korkin spoke about this in his interview with IMI.

According to him, the Russians did not allow them to be buried in a cemetery, so their friends buried them in the garden of their house. Their dog died along with the women. It was also buried nearby.

"They died instantly. They didn't send me photos, but I said that it couldn't get any worse even if I saw them dead. I said: 'Send me the photos so I can see what they've done.' But they refused to send me these photos," Andriy said.

After the Russians retreated from Shevchenkove, SBU officers and investigators came to the village and started recording the crimes committed by the Russians. They documented the testimonies, exhumed the bodies and brought the bodies of Andriy Korkin's mother and grandmother to the Brovary morgue.

"I took a day off work, we were supposed to go to Mykolaiv, Kherson, but I was given one day to make all the arrangements. The problem was that neither my mother nor grandmother wanted to be cremated. We talked about this before, they said: 'Son, we won't be here forever, one day you will have to bury us.' I wouldn't say that they were all that religious, but they wanted to adhere to this aspect – to be buried without cremation," the man recalls.

According to him, only cremation was available in Kyiv at that time. The enemy had just retreated from Kyiv, active fighting was ongoing all around.

"And no one wanted to deal with burials – unless there were graves ready. But there was no grave for my mother. In theory (I never found the papers) I had a plot at the Lisovyi Cemetery. We have a kind of pantheon there: almost all of my relatives are buried there, my mother's grandmother, grandfather, uncle, grandmother's second husband. And there was a spot for my grandmother next to my uncle, but I never managed to find the papers," Andriy adds.

In the end, he found out that his mother and grandmother, as the village's residents who fell victims to the war, could be buried in the village cemetery for free. So he went with that option.

As IMI reported, on April 8, 2022, law enforcers opened an investigation into the deaths of journalist, blogger Oksana Haidar (Ruda Pani) and her mother Lydia Haidar, who were killed by Russian shelling. According to the investigation, the bodies of both women were found on April 7 in a garden in one of the yards of Shevchenkove village, Brovary district, Kyiv oblast.

The criminal case was opened under Article 438 p. 2 of the Criminal Code of Ukraine (Violation of the laws or customs of war).

Oksana Haidar was known under the pseudonym Ruda Pani, and published history-related posts on her Twitter account, condemning Russia's policies.

She wrote her last tweet on March 11, where she reported on the situation in the Russian-occupied Kyiv oblast.

“Since yesterday, we have no electricity, the Internet connection is barely there. Russians aren't letting anyone leave – they fire at cars and even bicycles, shooting people to death. People can only sit quietly in their homes. The humanitarian catastrophe is a matter of a month, top. I'm deleting Twitter, hope to see you again. Everything will be Ukraine!" Ruda Pani wrote.