Russian propagandists injured in an explosion in Zaporizhzhia oblast 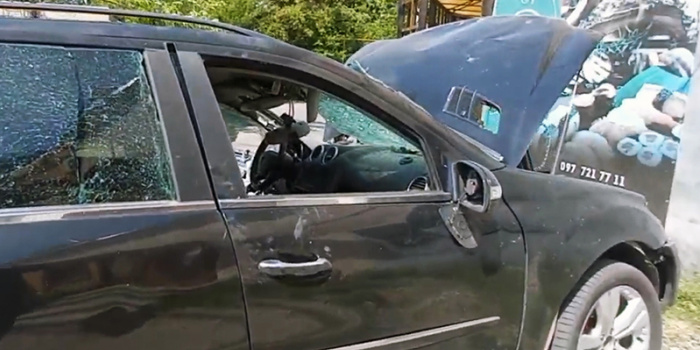 Russian propaganda channel TV Center reports that on September 15, their filming crew was injured in an explosion in Zaporizhzhia oblast.

As the channel's website reports, the car in which the filming crew was traveling was overturned by the explosion. Correspondent Nikita Vasiliev and the driver were injured.

The incident happened while leaving for filming. According to Vasiliev, they "were going with the military to our positions to shoot another story."

The victims were given medical assistance, there is no threat to their lives.

It will be recalled that a part of Zaporizhzhia oblast is under Russian occupation.

As IMI reported, in early June, the EU officially announced the introduction of the sixth package of sanctions against Russia, which included the ban on three TV channels – Rossia 24, Rossia RTR, and TVC.