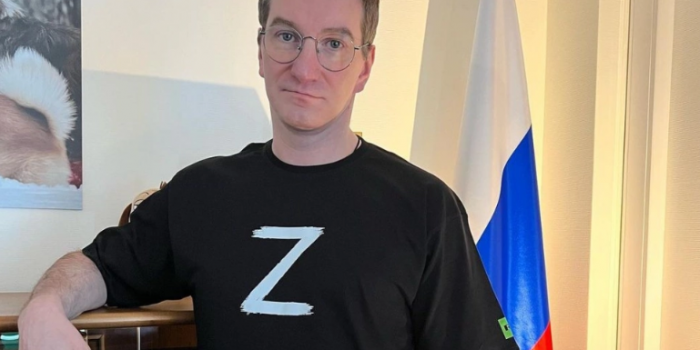 The Security Service of Ukraine reported the completion of the pre-trial investigation against Anton Kuznetsov-Krasovsky, director of the russian propaganda TV channel RT, and submitted the indictment to the court.

As the SBU notes, he repeatedly used all media platforms available to him to make public calls for the genocide of Ukrainians, the elimination of Ukraine's independence, and the toppling of its constitutional order.

The SBU notes that they have collected an exhaustive evidence base for bringing him to criminal responsibility.

In particular, it is documented that Kuznetsov-Krasovsky has repeatedly spoken negatively about Ukrainians as a nation and the existence of Ukraine as an independent and sovereign state.

"In his publications on YouTube and Telegram channels, the offender called on the russian authorities to physically eliminate Ukrainians: 'Guys, it's obvious that we need to get it together. To pull ourselves together, to stop thinking about 'brothers.' They are no brothers to us. I grew up there, I know what I'm saying: kill them! Come on! Enough!' He not only spread anti-Ukrainian propaganda on the TV channel's air, but also recorded "original" videos such as 'S*ka, this country shouldn't exist!' At the same time, he was convincing his audience of the expediency of the so-called 'special military operation' on the territory of Ukraine," the special service notes.

As IMI reported, in May, 2022, director of russian TV channel "RT" (Russia Today) Anton Kuznetsov-Krasovsky was notified of suspicion for public calls for forceful overthrow of the constitutional order in Ukraine and public calls for genocide of Ukrainians. According to the investigation, in January–March 2022, russian citizen Anton Kuznetsov-Krasovsky was publicly calling for violent overthrow of the constitutional order in Ukraine. He did so in social media, the mass media, and the RT channel.