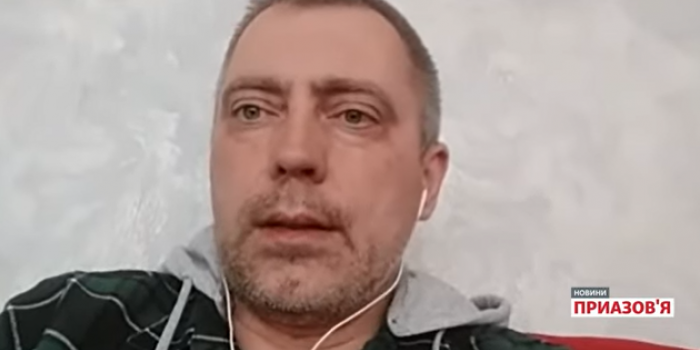 Baturyn shared this on April 16 on his Facebook page.

"My relatives that stayed on the temporarily occupied territory began to receive threats. Such 'regards' are being passed to them from the russian occupants. My family is very scared. The russians demand that I cease my professional work in journalism," the journalist wrote.

As IMI has reported, on March 12, Oleh Baturyn, a journalist from Kakhovka (Kherson region) had gone missing. He had been released on March 20.

Law enforcers began criminal proceedings for alleged abduction of Oleh Baturyn by the russian occupants in Kherson region. The case has been opened for violation of laws and customs of warfare (Article 438 p. 1 of the CC of Ukraine).

Oleh Baturyn is convinced that he had been abducted and held captive for eight days because of his journalist work and active citizenship.