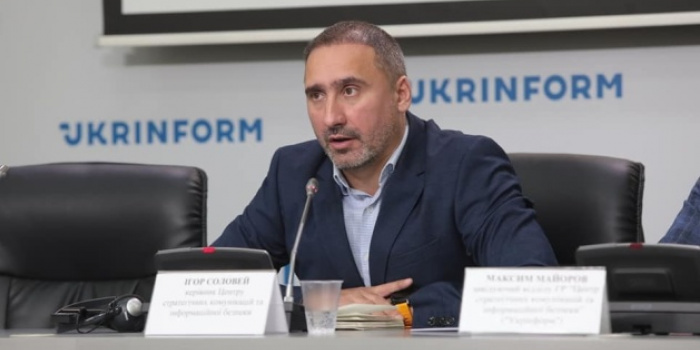 A large number of Russian propagandists have arrived in the occupied territories of Donetsk and Luhansk regions, which may be due to some political decisions to be expected. Igor Solovey, head of the Center for Strategic Communications, said this on February 21 at a briefing in the operational press center, as Ukrinform reported.

According to him, Russian propagandists are trying to create a certain picture of the occupied territories with two main ideas. The first message is that Ukraine is allegedly an aggressor and is preparing to launch an offensive of Donbass; the second is that the region suffers from a humanitarian catastrophe, so the locals need help.

“The efforts of all local and external media involved are aimed at the implementation of these two main narratives. We attribute a great number of information attacks to the fact that a large landing forces of Russian federal media and various media personalities affiliated with Russian special services has now landed in Donbass, creating this picture since last week, ” as Solovey said.

According to him, Russian state bodies, such as the FSB, the Investigative Committee, the Foreign Intelligence Service, and local authorities in border areas, are involved in this. "All of them are working to intensify information attacks that are emerging in the occupied territories and moving to the Russian and international media," as Solovey said.

As IMI reported, on February 18, the Center for Strategic Communications and Information Security cited a list of Russian media that are sources of disinformation about events in eastern Ukraine and called for them to avoid doing it.