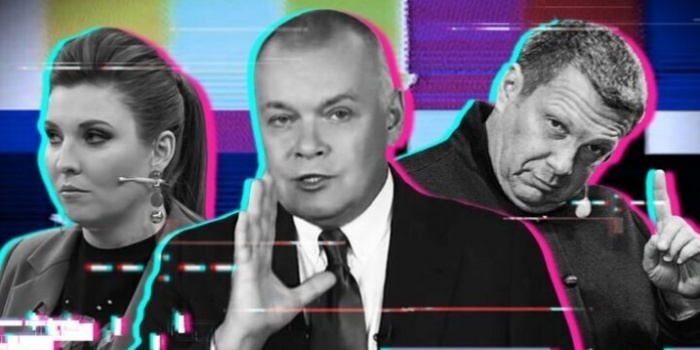 The daily report by the American Institute for the Study of War (ISW) mentions that there have been dramatic changes in the Russian information space following the Russian defeat around Lyman and in Kharkiv oblast, Detector Media writes.

American analysts note that the Russian defeat in Kharkiv oblast and Lyman, combined with the Kremlin’s failure to conduct "partial" mobilization are fundamentally changing the tone of Russia's propaganda.

"The Russian defeat around Lyman has generated even more confusion and negative reporting in the mainstream Russian information space than had the Russian withdrawals from Kyiv, Snake Island, or even Kharkiv," ISW writes.

Some guests on Kremlin television programs that aired on October 1 even criticized Russian President Vladimir Putin’s decision to annex four Ukrainian oblasts before securing their administrative borders or even the frontline, expressing doubts about Russia’s ability ever to occupy the entirety of these territories.

"Kremlin propagandists no longer conceal their disappointment in the conduct of the partial mobilization, frequently discussing the illegal mobilization of some men and noting issues such as alcoholism among newly mobilized forces."

ISW believes that, even though the Russian dictator tries to control the information space, he lacks the kind of massive oppression apparatus the USSR used, which makes disorder in the information space potentially even more dangerous to him than it was to the Soviets.

"It remains to be seen how much Putin will tolerate and what will happen if and when he attempts to shut down the milbloggers and their critiques, increasingly of his own decisions," ISW analysts write.

As IMI reported, harsh hate speech in Russian propaganda media has given way to direct calls for the genocide of Ukrainians.