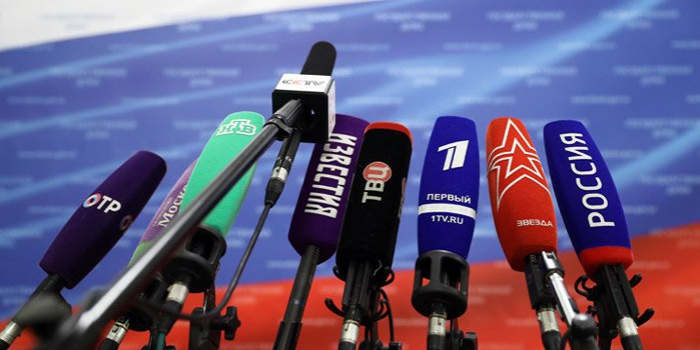 The russians in the temporarily occupied parts of Kharkiv region resorted to forging evidence in order to accuse the UAF of shelling civilians. This is reported by LB.ua with reference to Borova village council.

"The russian propaganda channel 'Rossiya 24' sent a filming crew to Borova to make a story about 'the shelling of civilians by the Armed Forces of Ukraine.' The 6-minute story shows the ruins of a farm's agricultural machinery base on Skhidna Street in Borova which had been destroyed by shelling two weeks ago. The report is designed in the russian propaganda tradition, far from the principles of journalism; for example, it claims, unfoundedly, that the base was fired upon by Ukrainian troops using HIMARS systems. The journalist's words about the leftover projectile fragments with Latin alphabet letters on them are cited as 'evidence' to this claim. Unfortunately, the remains themselves were not shown in the story," the report says.

According to the Borova village council, the occupiers drew the letters on the projectile fragments with a marker, and then showed them to local retirees to convince them that they were from HIMARS.

"We would like to remind you that, according to numerous testimonies, both the base on Skhidna Street and the farmer's yard (where a local resident died) were fired at from russian artillery located near Pidlyman village, 3-5 km away," Borova officials emphasized.

The village council noted that many residents who remained under occupation believed the russian fakes. In addition, local collaborators were spreading rumors and false information.

"Apart from discrediting the UAF, the most common topic of these rumors is 'treason' of the current leaders of the community, who, in various interpretations, seem to have embezzled pension funds, then humanitarian aid, then turned their homes into conversion centers, then into weapons depots. This technique is also typical of the russian propaganda machine. It has been employed in all occupied territories since 2014," the Borova Council added.

We will remind you that the Russian Ministry of Defense is spreading manipulative information about "UAF attacks on nuclear facilities in Ukraine, which can lead to a Chornobyl-like disaster, and a rather dangerous situation that is developing now."

Also, the invaders say that "in Kharkiv region, foreign mercenaries opened fire on local residents who did not want to give up their houses, with nine civilians being injured as a result of the conflict."