On September 9, media outlet Poltavska Khvylia received an email from Roskomnadzor with a demand to delete a news article "How to burn an occupier: a recipe for a Molotov cocktail." If it is not removed, the access to the website in russia will be restricted.

This was reported by Poltavska Khvylia editor-in-chief Vitaliy Ulybin on his Facebook page.

"Roskomnadzor did not like our response to the previous message, so Poltavska Khvylia has been blocked on russian territory. Well, we don't have much to add, really, except maybe for something in the common tongue))) Thank you, thank you very much. I don't know if there is a better reward for a media outlet," he wrote.

It will be recalled that on July 27, 2022, the Poltavska Khvylia received a letter from Roskomnadzor with a demand to remove the news item with a tutorial for making a Molotov cocktail and it was reported that the access to the resource has been restricted in russia. The editors responded with a picture in which the demands of the russian federation were being "sent along the course of the russian warship." 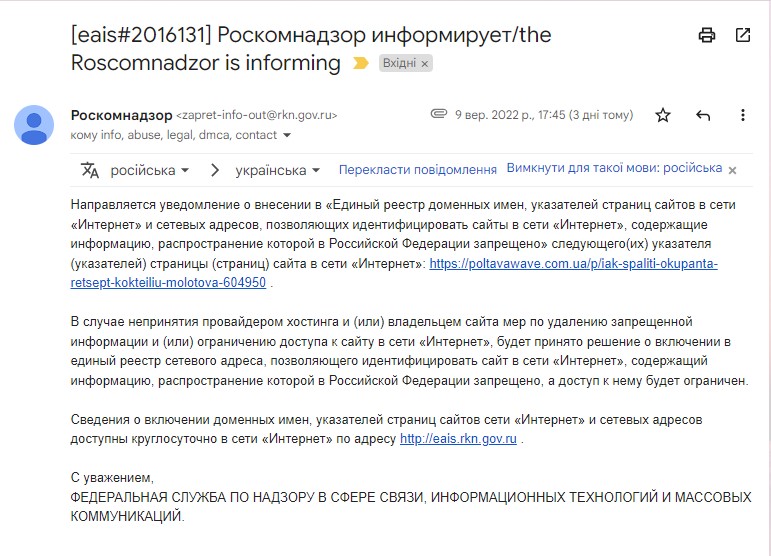