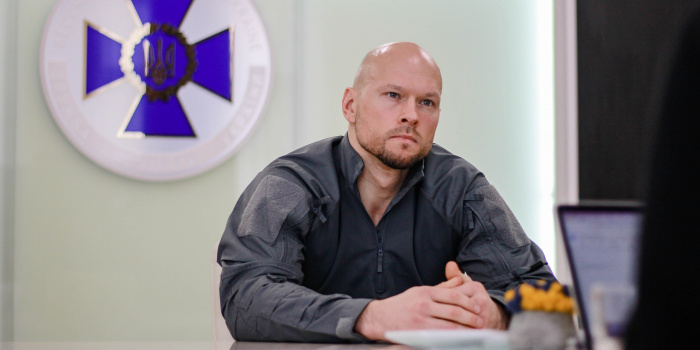 Russia carries out powerful cyber attacks to accompany its missile strikes on Ukrainian energy facilities in order to cause a maximum "blackout", but Ukraine repels them and is even moving towards a blazing cyber counteroffensive, said Illya Vityuk, the head of the SBU's Cyber ​​Security Department, in his interview to Liga.net.

"The Russian special services are primarily targeting power supply, infrastructure, and logistics. The latest shelling of TPPs was also accompanied by cyber attacks. We anticipated such a scenario, so none of those attacks were successful. Sometimes we get the information on where the enemy will strike in the coming days or weeks, and it falls to us to prevent this from happening. The people never learn about most of these cyberattacks, but presently Russia carries out over 10 cyberattacks per day on average," Vityuk said.

According to him, if they were not being repelled, the consequences would be "extremely grave".

He explained that cyberattacks can be much more effective and less costly than missile strikes, because a simultaneous attack on all power plants can cause a blackout in the entire country.

The head of the Cyber ​​Security Department added that currently, Russian cyberattacks can at worst turn off the power for 5–10 minutes or disable some services for a short time. But his department is working to ensure that even this does not happen.

As IMI reported, the Ukrainian cyber community embarked on an active counteroffensive on the cyber front immediately after the start of the war and is forcing the enemy to spend considerable resources to defend it.