Ukraine is actively advancing on the cyber front – Illya Vityuk 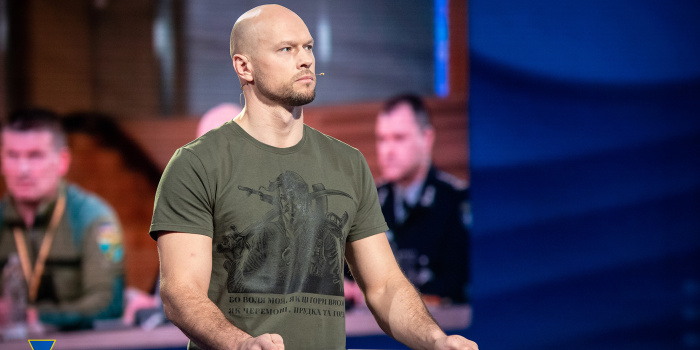 Immediately after the start of the war, the Ukrainian cyber community embarked on an active counteroffensive on the cyber front and is forcing the enemy to spend considerable resources to defend it.

The head of the SBU's Cyber ​​Security Department, Illya Vityuk, announced this during his interview with the "We Are Ukraine" project.

"Ukraine's counteroffensive in the cyber sphere began on February 24. Even the day before, our Department repelled powerful cyberattacks that Russia launched before the invasion in order to achieve a 'blitzkrieg' on all fronts. In the morning, we dealt with them, and in the evening we were already striking back. This forced the enemy to focus on defense and realize that their time of impunity is over forever. Our counteroffensive continues in full swing up to this moment," said Ilya Vityuk.

He stressed that the SBU works proactively and has extensive experience in successfully fighting on the cyber front. This enabled them to prevent disruptions not only in Ukraine's information and cyberspace, but also in the work of critical infrastructure, life support systems, banks, etc.

"The security service detected and neutralized over 3,500 cyberattacks this year. If it weren't for our work, today we would be talking about disfunctional traffic lights, missing mobile connection, power outages, leaked state secrets, scientific developments and personal data stolen en masse... But all critical systems are working normally, and our society is united in its desire for victory," Illya Vityuk explained.

He also said that ordinary Ukrainians and volunteers from the IT industry are helping the special services in this fight.

As IMI reported, over the past two weeks, the Ukrainian IT army has stopped the work of over 2,400 Russian online resources, including propaganda media.