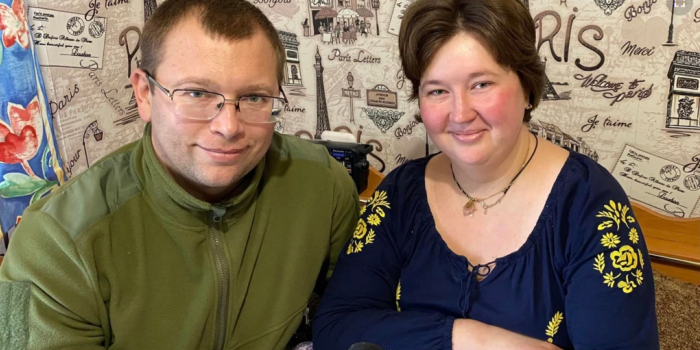 During the Russian occupation, people in Kapitolivka village (Kharkiv oblast) secretly listened to the radio to make sure that Ukraine still needed them, that they had not been forgotten.

According to her, under occupation, the life in the village went on with no communication or news.

They were afraid to listen to the radio during the day, because the invaders could break into the house with an inspection at any moment. Therefore, the hid the copper wire, kept the headphones in a separate place, and the phone was generally switched to "airplane mode". In the evening, people would cover up the windows and look for radio waves again.

"There was a program on Radio Donbas.Realii – at 20:00, I think. We really liked listening to it, because the information was presented clearly and in detail. The host was interviewing his guests, and we could learn detailed information. This radio was giving us hope to hear some good news. And we were trying to learn even a tiny bit of information about ourselves: that Ukraine still needs us, that they have not forgotten us. The Russians convinced us that our country does not need us. But the radio was debunking their fakes and lifting our spirits. So we were sure: we are needed in Ukraine. And, as it turned out, the radio was the only information channel that reached the people under occupation," Inga recalled.

As IMI reported, besides food and warm things, the Kherson residents are asking to bring them radio receivers and batteries, if possible.