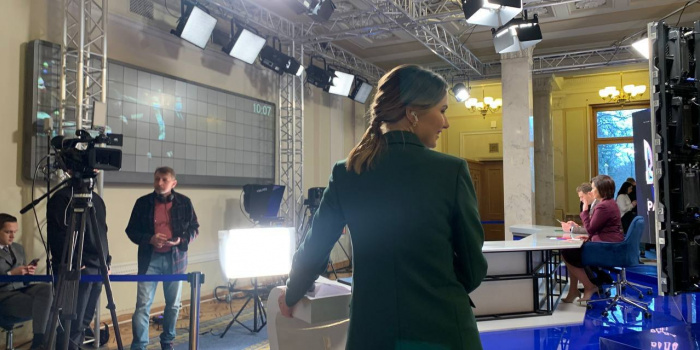 Leaders of parliamentary factions and the Chairman of the Verkhovna Rada decided to return the old format of the Rada TV channel. This was decided on December 16 at the conciliation council, Batkivshchyna leader Yulia Tymoshenko told journalists on the sidelines of the Rada, as LB.ua reported.

“The Rada channel is a channel that has to perform a single function which is  to broadcast live sittings of the Verkhovna Rada, sittings of committees, briefings of MPs and heads of factions. This is a function of the Rada channel. So, now the conciliatory council, where the faction leaders were present, decided to return to the format of broadcasts, which actually gave an opportunity to all factions, all deputies, and resume a special format of work only with live broadcasts, " said Yulia Tymoshenko.

LB reported, a new studio of the Rada TV channel appeared on the sidelines of the Verkhovna Rada the day before, and journalists who previously worked for 112 Ukraine, ZIK and Iceland were among its presenters. Oleksiy Semenov became the creative director of the broadcaster, and Natalia Yastrubenko became the editor-in-chief.

On December 16, the former president and leader of “European Solidarity” faction Petro Poroshenko interrupted the live broadcast of the renewed parliamentary TV channel “Rada” to say that the allocation of funds for its modernization was a "corruption scheme". “This is an absolutely propaganda channel of Zelensky and the mono-majority. The taxpayers do not have to finance this shame at their own expense, ” Poroshenko later told reporters.