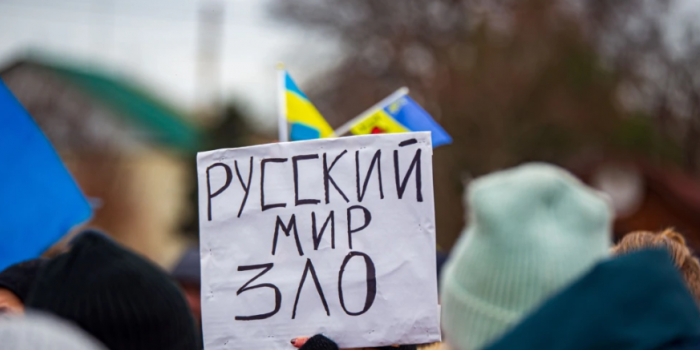 On July 15, the self-proclaimed heads of the partially occupied Kherson and Zaporizhzhia regions announced that they had signed virtually identical orders to expel Ukrainians from the territory of the regions within 24 hours if they were considered violators of "public order and security."

The order signed by Balytsky is aimed at "ensuring law and order, preventing provocations, and countering activities that pose a threat to social and political stability in the Zaporizhzhia Region."

In order to achieve this, the collaborators prohibit "any manifestations of extremist activity" on the territory of the Zaporizhzhia region. They consider the following activities to be such manifestation:

The order also prohibits holding public events without the occupiers' approval. Along with this, the grounds for expulsion from the territory of the region for the occupiers are "public calls for extremist actions or distribution, production, or storage of extremist content, as well as organization and preparation of the specified actions, financing the specified actions or otherwise assisting in their organization, preparation and implementation, including the provision of educational, printing, and material-technical basis, phone or other types of communication, or providing information services."

The order states that persons who commit such actions may be subject to forced deportation outside the Zaporizhzhia region, a decision on which will be made within a day.

Note that with this order, the collaborators violate at least three articles of the Constitution of Ukraine. In particular, Article 24 (Citizens have equal constitutional rights and freedoms and are equal before the law. There can be no privileges or restrictions based on race, skin color, political, religious and other beliefs, gender, ethnic and social origin, property status, place of residence, linguistic or other grounds), Article 34 (Everyone is guaranteed the right to freedom of thought and speech, to free expression of their views and beliefs. Everyone has the right to freely collect, store, use and distribute information orally, in writing or in any other way at their own choice), Article 39 (Citizens have the right to gather peacefully without weapons and to hold meetings, rallies, marches, and demonstrations, of which the executive power bodies or local self-government bodies have been notified in advance).

Note that even the russian constitution guarantees the right to "freedom of thought and speech; freedom to receive and distribute information; conducting peaceful (unarmed) meetings, rallies, demonstrations, marches, pickets." That is, with their orders, the collaborators violated the rights and freedoms of people in the temporarily occupied territories even according to russian laws.