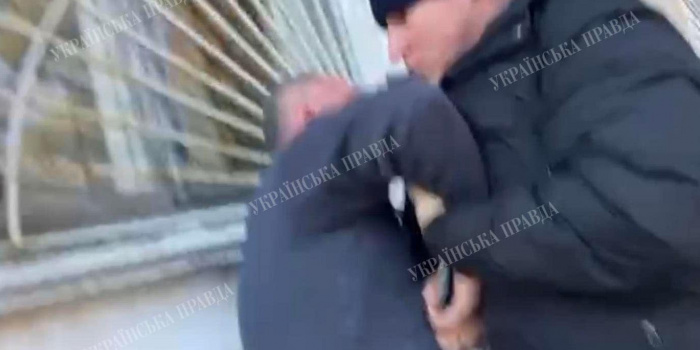 The Dnipropetrovsk Regional Prosecutor's Office will challege the court's decision on measure of restraint for the suspects in the case of the attack on Ukrayinska Pravda journalists.

This was reported on the website of the prosecutor's office.

The prosecutor's office is preparing appeals against two court rulings and will insist on house arrest as a pre-trial restriction measure for two suspects.

As IMI reported, on February 18, the Babushkin District Court of Dnipro released three suspects on personal recognizance for obstructing Ukrainian Pravda journalists in Dnipro on February 13.

As IMI reported, on February 13 in Dnipro, some unknown people aggressed the TV crew of Mykhailo Tkach, the head of the Ukrainian Pravda journalistic investigation department. The incident took place near the VIP terminal of the city airport.

According to UP, at about 3 pm, unknown individuals approached Yaroslav Bondarenko, a videographer of the UP, who was performing an editorial task, and demanded to delete the video. When Yaroslav refused, one of the men started threatening him with a knife and forced the UP operator to say the password from his phone and deleted all the videos that had been taken. Another man began to wring the hands of the UP driver.

Mykhailo Tkach, a journalist with Ukrayinska Pravda, said that during the attack on his film crew at the Dnipro airport, the operator was personally threatened by businessman Oleksandr Petrovsky.

Law enforcement officers issued the suspicion notes for three people in the case of the attack on journalists of the online publication Ukraiynska Pravda. This was reported on the website of the Prosecutor General's Office. The suspects are charged with obstruction of lawful professional activity of journalists committed by a group of persons, illegal seizure of materials and technical means collected by journalists, as well as open theft of another's property (Part 1 of Article 28, Part 1 of Article 171, Part 2 of Article 186 of the Criminal Code of Ukraine ).