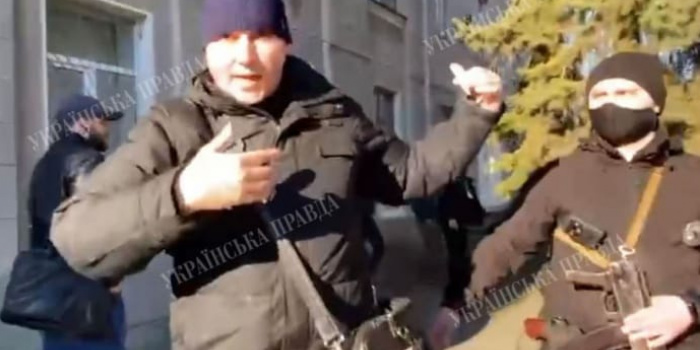 In Dnipro, on February 13, some unknown people aggressed the TV crew of Mykhailo Tkach, the head of the Ukrainian Pravda journalistic investigation department, the Ukrayinska Pravda reported.