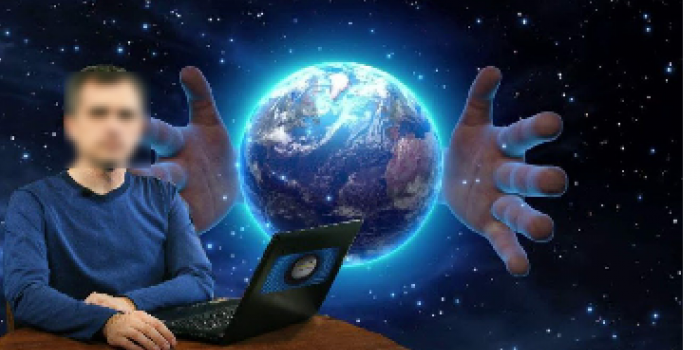 The authorities issued a suspicion notice to a blogger with a million subscribers for spreading information that justifies the russian federation's armed aggression against Ukraine.

This was reported on the website of the Sumy Region Prosecutor's Office.

According to the investigation, the 47-year-old man was born and in Sumy and has lived there for a long time. He left for the russian federation in 2014 and is currently spreading information from there.

According to the SSU, in his posts on social media, he calls himself the war's main speaker and, in his words, helps the russians to "mobilize and hold the information blow."

"Justifying the defeats of the russian military, the blogger tells his subscribers that the Ukrainian servicemen 'carry out military transfers using civilians as a shield' and the humanitarian disaster in the russian-occupied cities is 'caused primarily by Kyiv's actions. And until the russian troops defeat the armed forces of Ukraine, unfortunately, so it will be,'" the statement reads.

The suspect faces five to eight years in prison with or without confiscation of property.