Proceedings started in Belarus against girlfriend of hanged in Kyiv activist 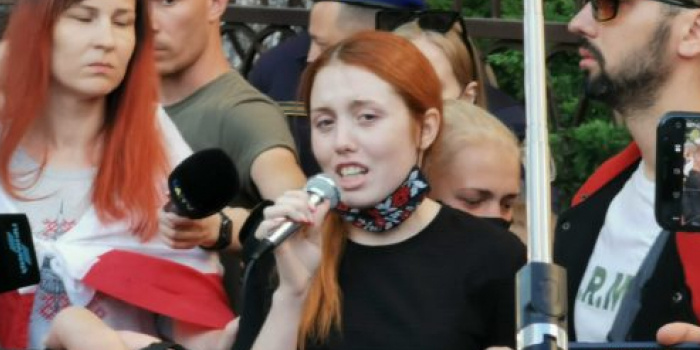 A criminal case has been opened against Bozhena Zholud, the girlfriend of Vitaliy Shyshov, the head of the Belarusian House in Ukraine, who was found hanged in Kyiv. This was reported by the pro-government news agency Belta.

She is suspected of "calling for riots" near the Belarusian embassy in Ukraine in August 2021. Qualification: Part 3 of Art. 361 of the Criminal Code of Belarus (calls for action aimed t disruption of national security).

As IMI reported, As IMI reported, on August 3, Vitaliy Shyshov, the head of the “Belarusian House in Ukraine”, who went missing on the morning of August 2, was found hanged in a park in Kyiv.