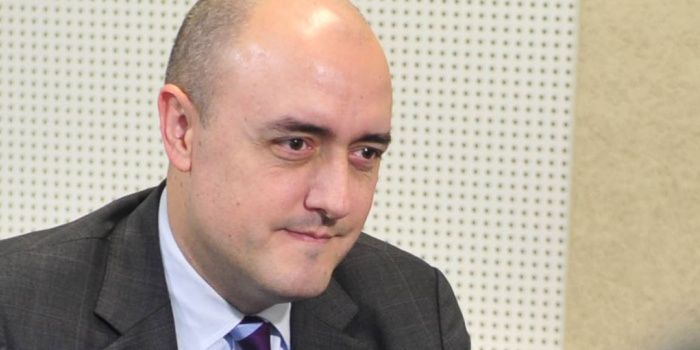 President with Radio Free Europe/Radio Liberty replied to the president Zelensky’s words who at the press conference of 20 May named work practice its journalist Mykhaylo Tkach had, as he followed the motorcade of the head of state, as Detektor Media reported.

“A vibrant media is essential for a functioning democracy. RFE/RL, Radio Svoboda, Schemy will not be deterred from our work to bring the facts (including uncomfortable ones) to the people of Ukraine”, Jamie Fly said in a Twitter message.

IMI reported, Volodymyr Zelensky found impertient the work practice of Mykhailo Tkach, as he was gathering the information and followed the President's motorcade. Zelensky told it at the press conference held in Mariinsky Park in Kyiv yesterday. The head of state noted that Radio Liberty, which project is the "Schemes" program, is funded by the US State Department, and said, "what a free country, a democratic one, what is the attitude towards the journalists who are funded not even to Ukraine, but by other countries." Then he mentioned Mykhaylo Tkach saying “Is there at least one country in the world where a journalist travels in the president's motorcade? (…) Is there such impertinence somewhere in the world? I think this is impossible anywhere. I think that between the government and journalism this is impossible to get it personal, it is impossible to break the law, whoever we are".

Natalia Sedlecka, editor-in-chief of Schemes, also commented on Zelensky's remarks, noting that the Ukrainian authorities are annoyed by the work of independent media covering its shortcomings and unfulfilled promises. She noted that the work of the edition was aiming exclusively at covering socially important information, which would otherwise remain secret or non-public.

"Our journalists are guided only by the interests of society, not by some specific government or a specific president - as is the case of an independent journalism. We are preparing a detailed answer to all of Zelensky's accusations against the Schemes," Sedlecka added.